Macau Grand Prix and McLaren Autosport BRDC Award winner Ticktum is in the frame to step up to Toro Rosso next season.

But he faces a major hurdle because his route since returning to racing following a ban for 2016 has left him without the points needed to qualify for an F1 superlicence.

He currently does not have enough to even take part in an official test session, which has left Red Bull unable to run him for one of its young driver days at the post-Hungarian Grand Prix test.

Red Bull boss Christian Horner told Autoport: "I think it's slightly odd that you've got a driver that's won Macau and been winning races in Formula 3 this year but can't drive at a young driver test. That needs looking at.

"I think it's something the FIA are considering, when there are drivers who have arguably achieved less that are able to compete."

Ticktum currently has two superlicence points from an MSA Formula campaign in 2015, which will expire at the end of the season. If he wins the European F3 title he would only reach 30 points - 10 short of what is needed to race in F1.

Such success would at least give him the 14 points required for an International A licence, which would allow him to take part in F1 testing, and the 25 points needed to apply for a free-practice only superlicence. 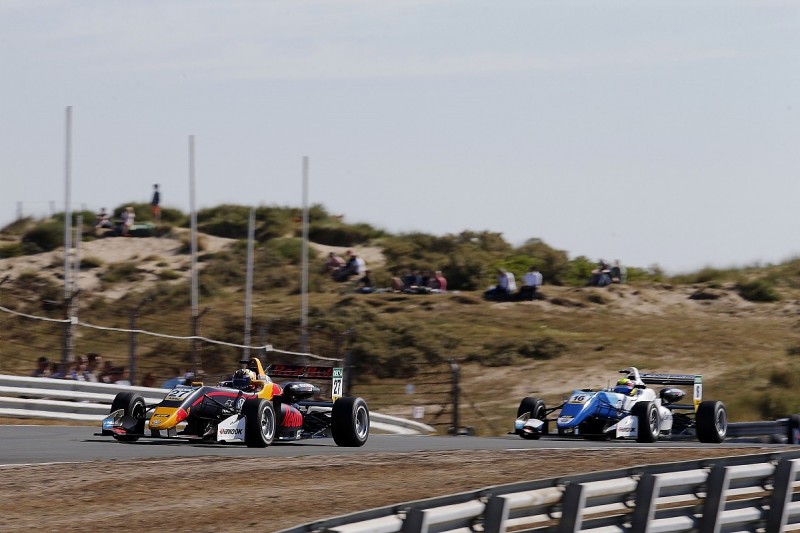 With Ticktum ruled out of the Hungary test, Horner says the youngster's priority now is to concentrate on his F3 campaign

"Dan's priority and focus is to try and win that Formula 3 championship, which he's got a great opportunity to do this year," added Horner.

"He's an extremely quick driver, he's not in the lead team, and I think he's rebounded extremely well and learnt some life lessons following his difficulties in Formula 4 and the subsequent ban."

With Ticktum unavailable to join the Hungaroring test, Horner has confirmed that Jake Dennis will drive for a second time instead.

The sportscar racer had previously been called up by Red Bull at Barcelona in May.

"Jake Dennis will drive the car for us again in Hungary, as he's doing a very good job with the simulator work that he's been conducting," Horner said. "He'll fulfil the young driver role for us there."