Perez was ruled out of this weekend's British Grand Prix after testing positive for COVID-19 on Thursday, forcing him to enter quarantine.

Perez has been replaced by former team-mate Nico Hulkenberg at Racing Point for this weekend, with the German lapping two tenths slower than new team-mate Lance Stroll in Saturday's FP3 session.

But Racing Point has only confirmed Hulkenberg for this weekend's race, saying it still needs clarification over how long Perez must quarantine for.

The UK government updated its guidelines for anyone testing positive for COVID-19 on Thursday, extending the quarantine period from seven to 10 days.

Team principal Otmar Szafnauer said that as Perez's first inconclusive COVID-19 test result came on Wednesday, it may not preclude him from taking part in the second Silverstone race, relying he was fit and free of the virus.

Should Perez be unable to take part in next weekend's 70th Anniversary Grand Prix, Hulkenberg would stay in the seat for a second race.

"If it's certain that [Perez] is out for two, then Nico will drive in both races," Szafnauer explained.

"But the reason for it there is a bit of uncertainty, and we're still not sure if it is seven or 10 days. 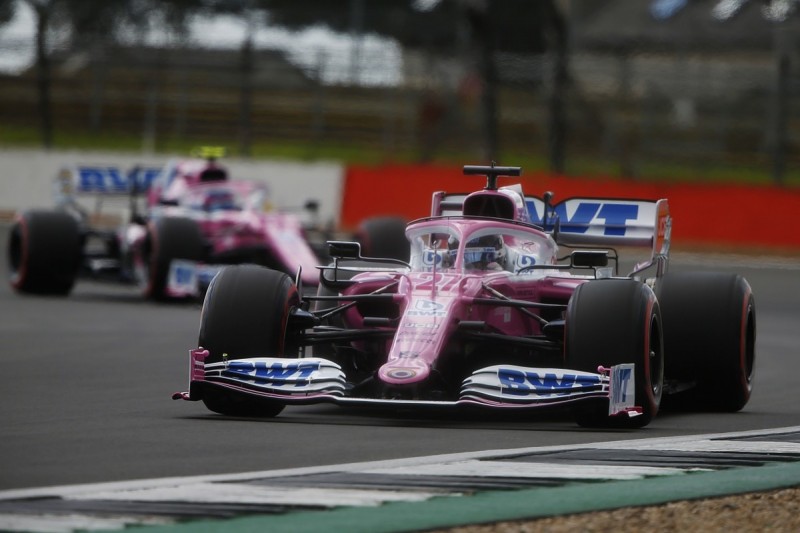 "He tested positive on Wednesday. I believe, but I am not a 100 percent sure, that on Wednesday the restriction set by England was seven days of quarantine, not 10.

"I guess I am still unsure. If it's 10 days, then Nico will drive both [races]. If it's seven days, that's only one of the hurdles.

"The other hurdle is he's got to have negative test as well. So if the virus is still in the system and he tests positive, then Nico again will be driving in the second Silverstone race."

Racing Point contacted Hulkenberg when Perez's first inconclusive test result returned on Thursday afternoon, prompting the German driver to abandon a planned test in a Lamborghini GT3 car at the Nurburgring and travel to the UK.

The team does not have a dedicated reserve driver appointed, instead sharing Mercedes' reserves Stoffel Vandoorne and Esteban Gutierrez.

Szafnauer confirmed the team was making preparations for both Hulkenberg and Gutierrez in parallel before deciding to favour Hulkenberg for the weekend.

"We did it in parallel with Hulkenberg and Esteban Gutierrez at the same time," Szafnauer said.

"We also have Stoffel Vandoorne, but he couldn't be here this weekend as he's got a Formula E commitment. So it was Esteban or Nico.

"After we discussed, our engineering team thought Nico would be more appropriate because he knows us really well. He knows all the engineers, he knows our systems, our processes. 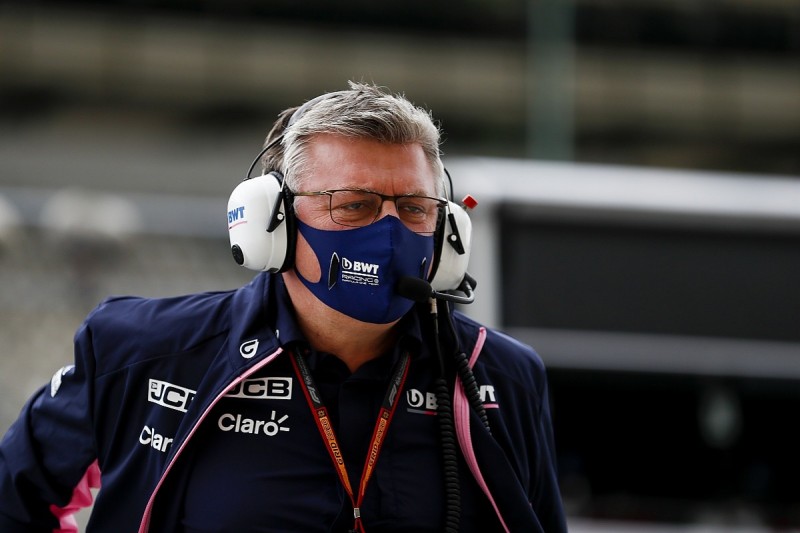 "He has driven our simulator, it'd be easy for him to get in the simulator again, and also he has relevant experience from having driven in Formula 1 last year.

"We just needed somebody that could score points for us. So we thought Nico would be the best guy for us."

Szafnauer also confirmed that Mercedes junior driver and current Williams racer George Russell was never a consideration due to his contractual status.

"We ran George Russell before, we've tested him [in the past]," Szafnauer said.

"He's very talented young man. But he is contracted to Williams, so we didn't consider George.

"We considered drivers that aren't currently under contract with Formula 1 teams, as well as the Mercedes reserves, as we share them."