Race of my life: Michael Schumacher on the 2000 Japanese GP

Michael Schumacher chose the 2000 Japanese Grand Prix as the race of his life shortly before suffering head injuries in a skiing accident in 2013. As Autosport launches the second episode of the Race of My Life podcast series, we take a look back at the day the German finally claimed his first drivers' title with Ferrari

All my life, I will never forget that radio signal from Ross [Brawn]. I was driving down the pitlane after my second stop, and he said over the radio: 'It's looking good, it's looking good.'

I was very tense, and fully expecting him to say: 'It was looking good,' but suddenly he said: 'It's looking bloody good!'

I didn't expect that it would work out after the second pitstop. My two last laps before the pitstop were not very good. I had been caught in traffic, and had had to overtake a Benetton that had spun off the track. And then came Ross's radio message - unbelievable. 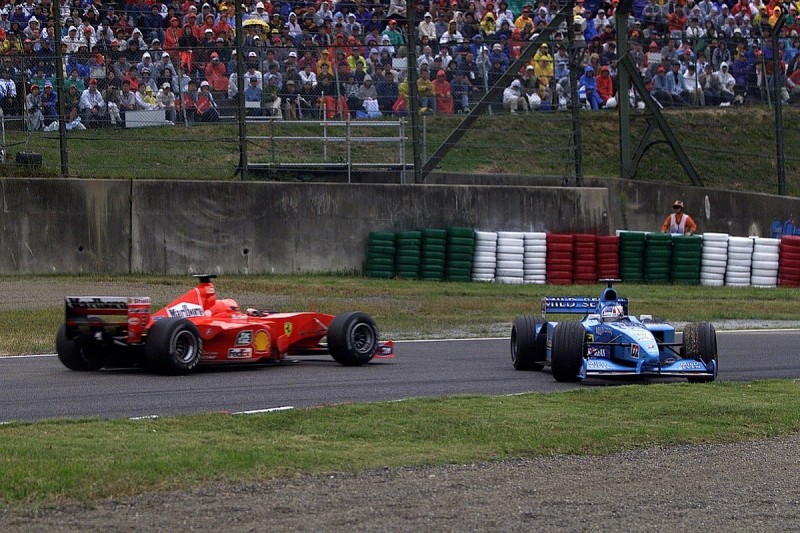 I realised immediately that I had emerged from the pitlane in the lead, that if I made no mistakes and there were no problems with the car, then it was in our grasp, because overtaking is almost impossible at Suzuka.

The good thing was that I had to concentrate the whole time, because it was drizzling and various sections of the track were very dark where it had just been resurfaced. You couldn't see clearly whether it was wet or not.

And then the moment when I crossed the line - crazy! Up to then I hadn't dared feel any joy, because I wanted to be absolutely sure and get that finishing line behind me.

Looking back, I have to say that this race was something very special for me

Later I was repeatedly asked what my predominant feelings were at that moment, and on no single occasion was I able to find the right words. I didn't know what to do with this happiness.

I suddenly felt trapped in the car, trapped in my Ferrari, as if I was about to burst. I banged so hard on the steering wheel they thought it was broken, and, as a precaution, it had to be taken out of service.

Looking back, I have to say that this race was something very special for me. Not only because it brought me the title, but also because it was such a high-class race. It really was racing at its top level. 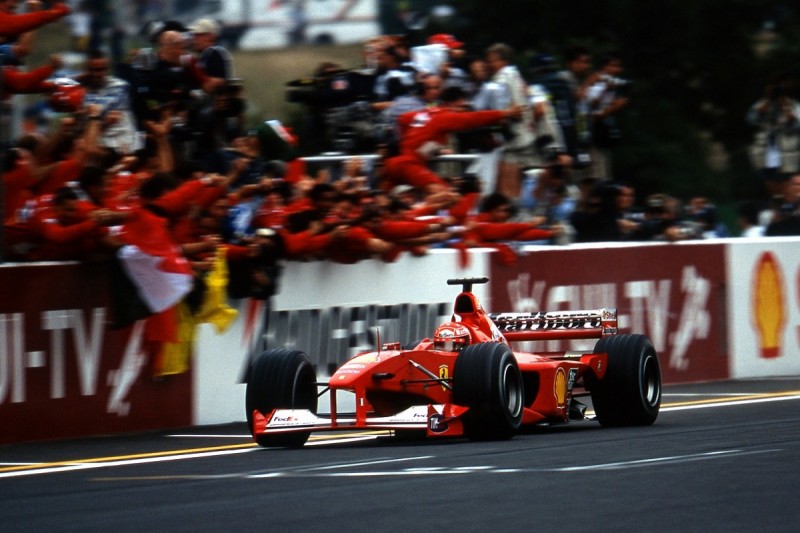 For over 40 laps Mika [Hakkinen] and I did almost identical times, like a perpetual qualifying lap. It was certainly one of the best races I have ever driven, if not the best. Mika was fantastic and pushed me to the very limits.

I have never suffered so badly after a party. From Japan we went on holiday to Thailand and it took me two days to get over the after-effects.