Pirelli will conduct wet tyre running in the afternoon phase of Formula 1 testing's final day at Barcelona, with opportunities to run both wet and intermediate tyres.

During the lunch break on F1's final day of testing at the Circuit de Barcelona-Catalunya, the circuit will be sprayed with water to replicate full wet conditions, with the intention to explore the intermediate tyre once the track surface dries out.

With limited real world testing possible for Pirelli's new 18-inch variants of its wet and intermediate tyres, the Italian tyre company wishes to put them through their paces prior to the start of the 2022 season.

Pirelli motorsport chief Mario Isola added that he also wants to ensure that the clearance between the tyre and the new wheel deflector remains intact under load, given the slight increase in tyre diameter with the wet tyre's tread block.

"We want to test the wet and intermediate tyre before the start of the season, because the changes were so big that it's not clever to start the season without any testing on them - although we tested them with the mule cars," he said.

"Consider also that now we will have the small deflector on the front tyres that are very close to the tyre and the wet tyre, for example, the diameter is 10 millimetres bigger than the slick.

"We need to be sure that we don't have any contact between the deflector and the tyre, so there is not any unexpected issue that it was impossible to predict with the new cars. That's why we want to test in wet conditions." 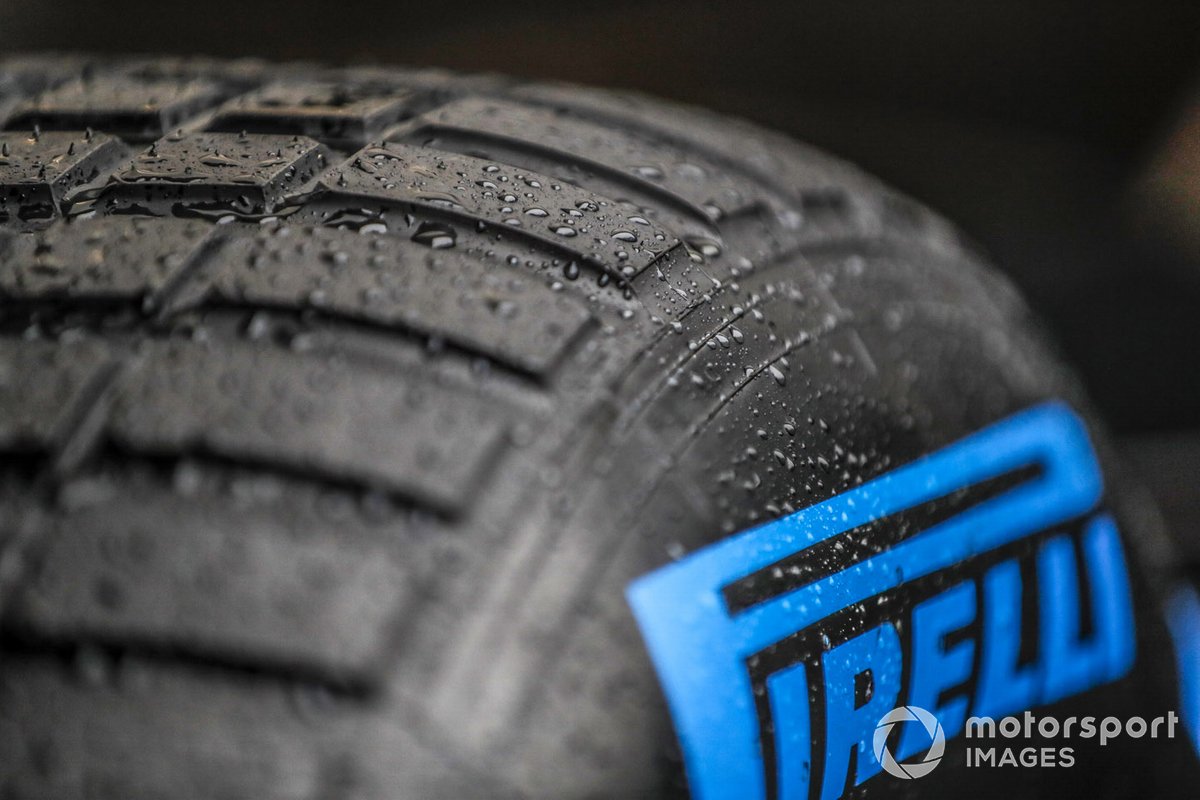 Isola explained how the circuit management will replicate the wet conditions in the afternoon, and added that the test would give Pirelli and the teams an opportunity to explore the tyre's characteristics.

Pirelli hopes that the drying track will result in a chance to see the crossover point between the wet and the intermediate and, if the circuit dries further, an opportunity to explore the time at which intermediates are traded for slicks.

"We have organised with the track to have a high number of tankers to try to replicate a full wet condition," said Isola.

"We will use all the hour of the lunch break to wet the track; the idea is they start in full wet conditions, so they can test the wet tyre, then obviously, with 10 cars on track, you will dry the line.

"That is the general idea of the wet test this afternoon. We are not imposing any run plan. It's up to the teams to decide what to do.

"Maybe we don't have wet conditions in Bahrain or Saudi, but for the rest of the year, we will have races in wet conditions. So it's good to get some data on that."

How porpoising has become the biggest F1 2022 headache