Sergio Perez hopes nothing is being concealed regarding Pascal Wehrlein's absence from Formula 1, arguing if he was in the Sauber driver's position he would be desperate to race

Wehrlein withdrew from the Australian Grand Prix on the Saturday morning, citing fitness concerns following the Race of Champions crash that prevented him from training and sidelined him from the first 2017 F1 test.

He will miss this weekend's Chinese GP as well, and possibly the race in Bahrain, with Antonio Giovinazzi again deputising.

"I really hope that there is nothing more serious with him," said Force India driver Perez when asked by Autosport for his thoughts on Wehrlein's situation.

"If I was in that position, which remember I was after my accident in Monaco in 2011, as a racing driver you're not really bothered if you're not 100% to do the race.

"I would be in the car, that's the best way to get back up, physically.

"Every driver and every person is different, so I respect his decision.

"But I really hope that there's nothing more serious with him and we can have Pascal back as soon as possible. 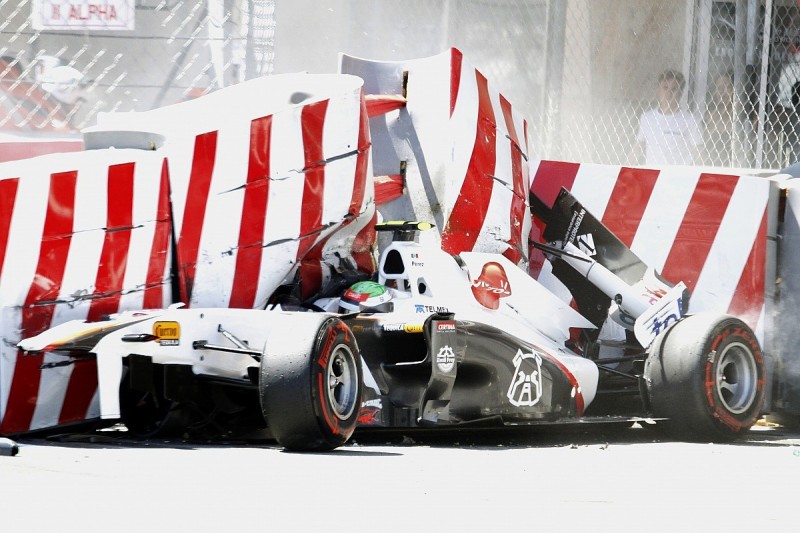 Perez, then with Sauber, had to withdraw from the 2011 Canadian GP at the last minute "because my brain was moving" following his Monaco qualifying crash a fortnight earlier.

He said it was "around four or five races" after that before he was completely fit.

"Me personally, I just want to race and I want to be in the car," Perez added.

"I don't want to let another driver take my place.

"With Pascal, I just hope that that is the truth with him and we can have him back."

Other drivers backed Wehrlein's decision when quizzed on Thursday in China.

Renault's Jolyon Palmer said "I think it's responsible of him to say he can't do it and not do it" and Haas driver Romain Grosjean called Wehrlein "quite brave".

Grosjean added: "Every driver has put a lot of effort into winter training, so if I was coming as I was last year and jumped in this year's car, I would have struggled a bit.

"It's fair to say he could have not said anything to anyone and gone for it and retired for some reason but he was quite brave [deciding] 'I'm not taking the risk to put myself and others in danger'."

Wehrlein's team-mate Marcus Ericsson admitted the late change of plan in Melbourne left him "a bit surprised" as he thought the German "was fine" during Friday practice.

But he argued only Wehrlein can judge his fitness to race.

"In the end, it's only the guy in the car that can really feel how their body feels," said Ericsson.

"Everyone can speculate for days on what he should or shouldn't do, but it's only Pascal himself who can feel inside if it's good or not."