The Venezuelan faces a five-place grid drop at this weekend's Chinese Grand Prix for having tipped Esteban Gutierrez into a roll in Bahrain a fortnight ago.

But after putting the Sakhir incident down to a simple misunderstanding, Maldonado thinks there is a danger of FIA punishments acting as a deterrent to hard battles.

"The rules are the same for everyone, so you need to avoid incidents," he said. "But at the same time [the threat of penalties means] you cannot race, you need to only stay on track and wait for problems.

"If you attack and your manoeuvre is not that clear, or the guy is defending the place and you have a gamble, and you are fighting, you can be penalised.

"So they [the FIA] need to be slightly more flexible.

"We are racing drivers and we are always taking risks. If you are competitors and you can overtake, you need to take risks - but at the same point the rules are going against the spectaculars.

"Ten years ago everyone was fighting and touching each other, because there were no penalties. Now we need to adapt ourselves."

Maldonado said he had spoken to Gutierrez after the crash to go through what happened. 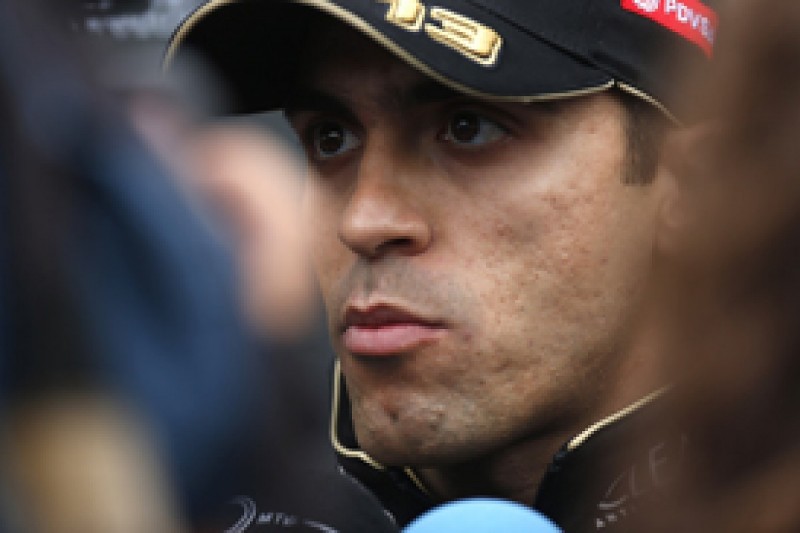 And he thinks that perhaps too much was made of the incident because of the freak circumstances that resulted in the roll.

The Lotus driver argued that Jules Bianchi's clash with Adrian Sutil, which was dealt with via an in-race penalty alone, was comparable.

"It was a soft crash," he said. "In my opinion it was a normal race contact - but because of the low nose as soon as I touched his sidepod he took off immediately.

"So it was a bit shocking from that point of view, and I didn't expect him to fly like that. But that is what we have.

"I think the penalty was related to the magnitude of what we saw, but not because of the contact.

"In my opinion, it was exactly the same as [Jules] Bianchi. It was normal race contact."