Lando Norris says he would "expect a little bit more" when racing leading Formula 1 drivers after being taken out in a first-lap crash with Mercedes' Valtteri Bottas.

Norris made a great start from sixth place on the grid in damp conditions to move ahead of Bottas on the run down to Turn 1 after the entire field started on intermediate tyres.

But a mistake by Bottas meant the Finn careered into the back of Norris's McLaren, sending the orange car into the path of Max Verstappen in the Red Bull.

The incident eliminated Bottas at Turn 1, and while Norris was able to haul his McLaren car back to the pits, it was found to have terminal damage that forced him to retire from the race.

Asked by Autosport in the paddock at the Hungaroring how hard it was to judge the braking point in the damp conditions, Norris said that while it was "not easy", he expected better from leading F1 drivers.

"All of us are in Formula 1 for a reason, because we're good drivers and we know where to brake, where to judge braking zones and so on, especially when it's wet, especially on the first lap of the race," Norris said.

"But obviously some misjudged it completely. That's the annoying thing, you expect a little bit more from when you're racing those top guys at the front of the field.

"But also they don't race that often, they're quite on their own, and not in the pack getting in dirty air and things as much as we are.

"So maybe they just don't experience it, and they need to learn that a little bit more." 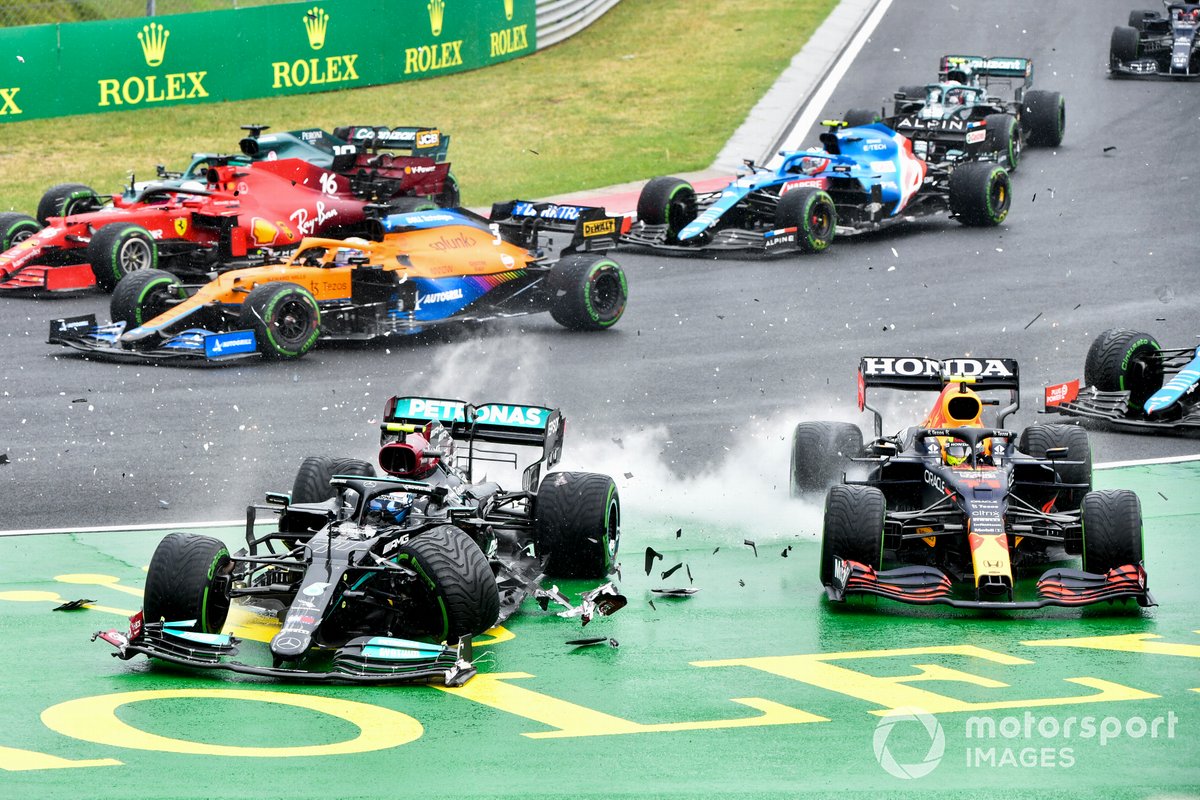 Turn 1 incidents at the 2021 Hungarian GP

Norris revealed that Bottas had apologised to him for the incident, but was confident the Mercedes driver would receive a penalty. The stewards have already announced they will investigate the Turn 1 collisions.

"Of course it doesn't change anything now, which is the bad bit of it. But of course he should get a penalty.

"I got a penalty against Perez [in Austria] when a bit of air pushed him off the track, and I get completely taken out of the race, crash into Max, it's a big incident.

"Yeah, he deserves one of course."