Lando Norris thinks Formula 1 should bring back a single-lap qualifying session as part of a future shake-up of sprint race weekends.

F1 completed the third of its sprint race trials in Brazil this weekend, with the Interlagos spectacle boosted by world champion Lewis Hamilton's charge from the back.

With F1's chiefs now set for talks with teams about any potential tweaks for the six sprints it is planning for 2022, much of the focus is being put on what to do about Saturday's morning second practice session.

The one-hour of running that takes place after qualifying and before the sprint race has been criticised for being irrelevant for fans – even though it is useful for teams in gathering tyre data.

Norris thinks that the practice session should be got rid of completely, and instead replaced by a one-shot qualifying session that decides the grid for the sprint.

"The thing I would love to maybe add is to change it so you have qualifying on Friday for the race on Sunday," explained Norris.

"Then you have a one-shot qualifying on Saturday morning for the sprint race on Saturday. So a one-lap qualifying like they used to do.

"I think that could be exciting, instead of the FP2 that we do now. Therefore you set up Saturday to be a little bit separate, I guess. So the sprint wouldn't mean anything for the Sunday race." 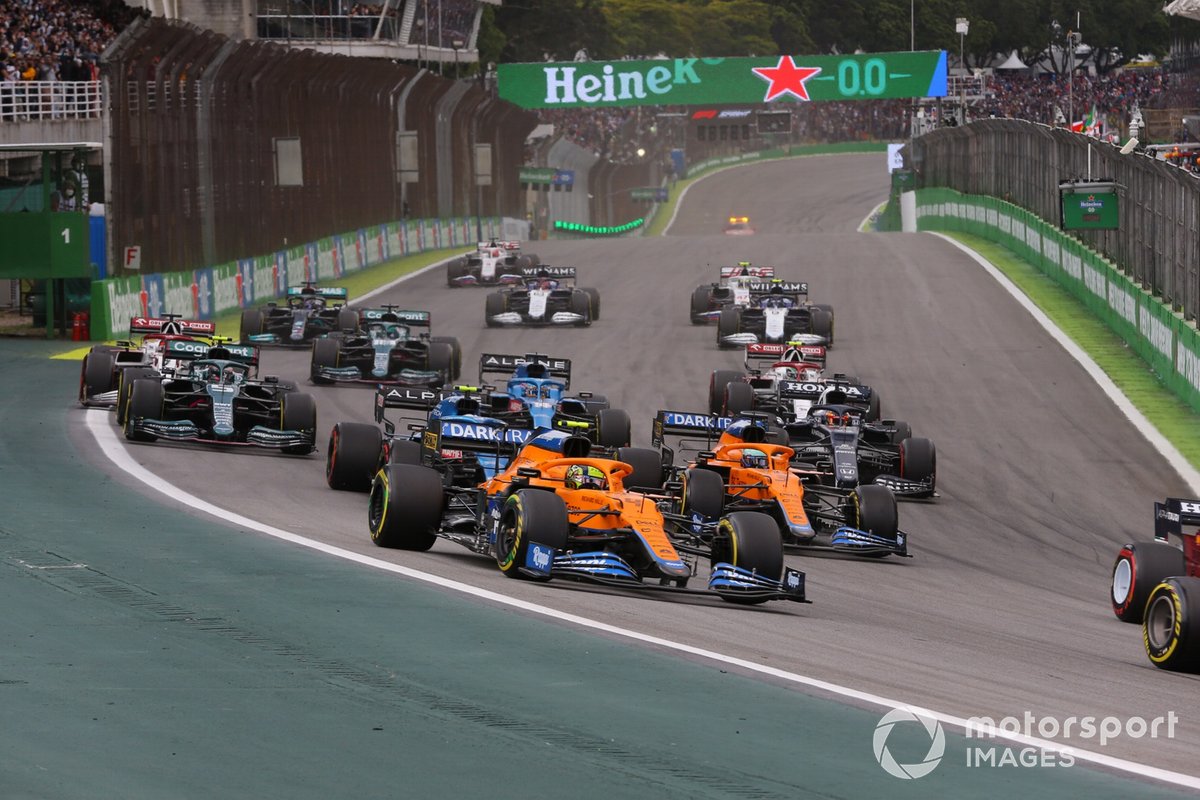 F1 experimented with a host of single-lap qualifying formats from 2003 until 2005, but could never settle on a system that worked well for teams and fans.

From 2006, efforts to find a solution were abandoned and F1 adopted the current Q1, Q2, and Q3 elimination format that has proved to work well.

F1's managing director of motorsport Ross Brawn says F1 is looking at what rule tweaks can be made to sprint races for 2022.

He is reluctant, however, to agree to too big an overhaul of the sprint rules, beyond the possibility of offering more championship points to deliver a bigger incentive for drivers to race.

"There's no doubt that we're discussing with the teams how Saturday could be made a bit more challenging, a bit more engaging," he explained.

"I'm very optimistic that the new cars will help, because of their ability to race each other. And what's in discussion is how can we make the rewards for a Saturday greater, so there's much more incentive to race on a Saturday in terms of points.

"I think probably reverse grids, I'd be quite excited by that I must say. But I think it would be perhaps a step too far. But there's a few things which are on the table for discussion."

Mazepin opens up on "challenging period" in F1 after tearful interview