Jenson Button will find little difference between the performance of the 2017 Formula 1 car and its '16 predecessor on Monaco's slow-speed layout, believes his McLaren-Honda team-mate Stoffel Vandoorne

Back as a one-off substitute during Fernando Alonso's Indianapolis 500 absence, Button declined to test the 2017 McLaren-Honda in Bahrain last month and has relied entirely on the team's simulator for his preparations.

That decision raised eyebrows and prompted questions over Button's commitment to the race given the scale of the aerodynamic regulation changes for 2017.

But Vandoorne believes coming back at a tight and twisty track such as Monte Carlo means it will not be such a culture shock for Button as a faster circuit would.

"The cars are quicker, but around the low-speed corners they are still very close to what they were last year," Vandoorne told Autosport.

"Maybe a tiny bit quicker but that's not the biggest deal.

"He's got 17 years of Formula 1 experience, he should know how to turn a wheel.

"He's won before at Monaco so I don't really see any issues for him." 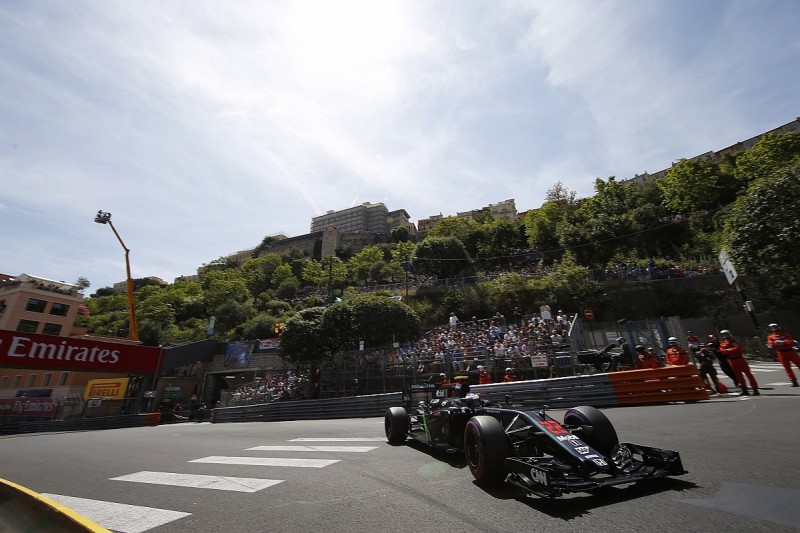 Button emphasised that the McLaren simulator's accuracy was such that it was habitually used to try out set-up changes during grand prix weekends, so he felt confident it would suffice for Monaco preparation.

"We have new ideas [during a GP weekend] and they test it in the simulator and they come back with a yes or not about whether it is in right direction and if it is what we want or it will help our car," he said.

"It is about use of data and there are a couple of things that are very difficult to get right in the simulator - one is oversteer, especially on entry.

"But apart from that, it is realistic enough that when you drive around Monaco, and you are about to hit the wall, you take your hands off the steering wheel and close your eyes."

When McLaren nearly went to Indycar