Haas racer Kevin Magnussen believes the different driving challenge of the 2022 Formula 1 cars means "it's going to feel like the track has become smaller" in Monaco.

The wholesale changes to F1's technical rules for the 2022 season returned the championship to a ground-effect-led aerodynamic formula, which means the machines are more prone to understeer and that has led the sensation of driving becoming more cumbersome in slow corners.

The rule changes to make slightly wider and larger front wings means the very front of the cars go to the full maximum car width, which is unchanged from 2021.

The new cars are making their debut in Monaco this weekend, with the tight 3.3km track featuring little in the way of medium speed turns and no high-speed corners, where the ground effect cars perform better over their predecessors.

When asked by Autosport if coping with the additional understeer would be the biggest challenge to succeeding with the 2022-spec F1 cars at Monaco, Magnussen replied: "It could be, but they are also wider – it's going to feel like the track has become smaller.

"Visibility is also worse. I haven't seen a lot of apexes this year. I think it's going to be more challenging."

The issue of visibility, which stems from aero fairings above the front tyres added to the redesigned cars for this year, had been a concern across the grid before the campaign got underway.

The drivers are now split on how of a problem it remains, with Ferrari driver Charles Leclerc saying "I don't think visibility is that much of a problem with this year's car, at least it is not for me". 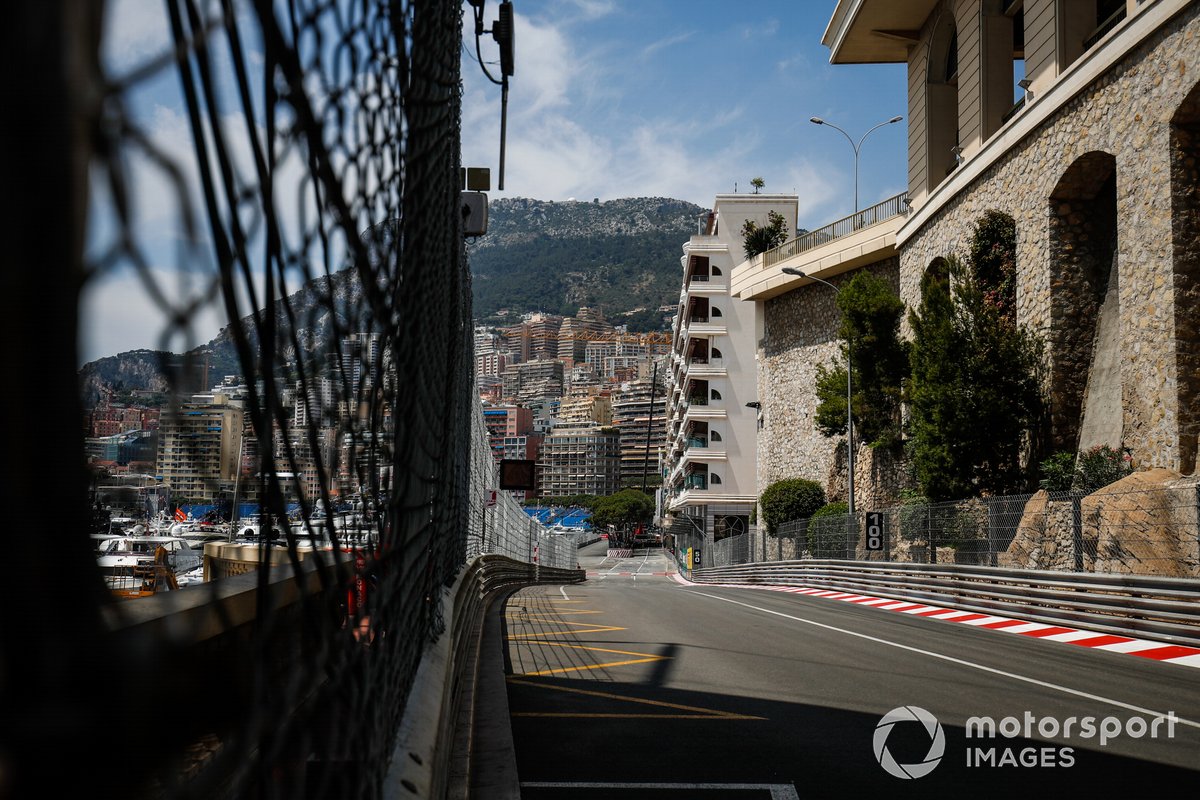 AlphaTauri's Pierre Gasly said the Jeddah track and its series of blind, high-speed approaches had soothed concerns over visibility after F1 raced there for its second event in 2022.

He said: "Saudi Arabia for me was quite a good first test before coming to Monaco, and Saudi wasn't a problem at all.

"So, I would say that I am not too concerned about the visibility here."

In addition to performing worse than before in low-speed corners, the latest F1 machines are more easily unsettled over kerbs.

Although Magnussen does not think that issue will lead to an increased number of crashes around the Monaco track this year, he suggested the overall sensation regarding the combination of the altered handling, increased overall car weight in 2022 and the need to drive in precise, barrier-brushing places at this track to produce the fastest times means it might be "easier" to crash at the Swimming Pool complex.

Specifically, he highlighted incidents along the same lines as Leclerc's shunt in 2021 Monaco GP qualifying – where the home hero clipped the inside barrier, "trying to push too much" as he reiterated in the paddock on Thursday, and then crashed into the outside barrier.

"Turn 16 [the second apex at the second part of the Swimming Pool] always is a big risk," said Magnussen.

"Because if you carry a little bit too much speed through 15, then you hit the kerb at 16 and you go straight into the wall.

"Or, you can turn in too early, hit the inside wall in 15 and then hit that kerb. So, with these cars, I guess that's going to be even easier to do.

"But, I don't see any extra risk as such. That yellow kerb – you've got to hit that with the middle of the car to really fly and hit the wall.

"So, I guess you've got to mess it up before you even get to the kerb."