T-wing designs evolved quickly through 2017, with first single and then double wings appearing, before new oval solutions came into play.

For the Monaco GP, Force India and Renault took things to a new level with a triple decker oval solution for the high-downforce track.

Asked by Autosport whether he felt there was scope for even more aggressive solutions in the future, Force India's technical director Andy Green said he was doubtful.

He suggested a triple layer was only suitable at circuits where drag was not important, as there was a straightline speed penalty from the solution run in Monaco.

"For us the triple decker is quite Monaco specific," said Green.

"Maybe we will have a variant of that in Singapore or possibly Hungary, but at the other tracks we will see a reduced version of it.

"Track efficiency dictates really what you can can put on the car."

Green added that the use of the oval ends to the T-wing was to minimise aerodynamic losses that would come from having actual wing tips. 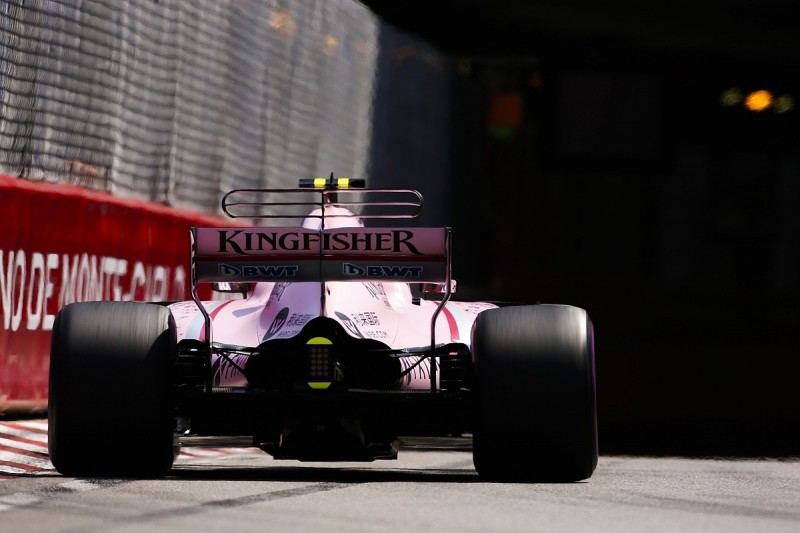 The debut of the T-wing on the Force India car has come at a time when it is chasing improvements to the rear end of its VJM10.

Although an update package introduced at the Spanish GP has improved matters, Green said his team was not yet fully on top of the situation.

"I think we are making progress," he said.

"It is taking time, we can see that.

"We are chipping away at it, and everything we bring to the car, we learn from it, and we understand a new direction to go in.

"It is a multi-faceted problem, so we are coming at it from lots of angles.

"So we are definitely making progress, but we are nowhere near solving the problem."