The scene was inspected by FIA race director Charlie Whiting shortly afterwards, and it was welded back into place before the following GP2 practice session.

With the FIA to settle on a course of action for cockpit protection between the Mercedes-developed halo and Red Bull's aeroscreen in July, Alonso believes the freak incident only adds to the case for additional measures.

"It's never acceptable when there is an incident like this," Alonso said.

"And it's something that we didn't take enough care of before the practice in terms of circuit checks and the FIA and everyone has to go into the details of the circuit just to make sure everything is safe to run.

"So this is another reason to come back to the canopy idea.

"Let's make sure that between all of us and in the sport in general we minimise the risk that will always be there."

When asked if a canopy would have been unsuited to his accident in Australia's season opener, when his McLaren ended up upside down, Alonso replied: "Maybe, yes.

"There are some incidents where it will probably make your way out a little bit more difficult.

"But at the same time when I was rolling the car if something hit my head I was not protected at all.

"I would still prefer to have the accident in Australia with a canopy even if it's a little bit more difficult to get out.

"I would make sure that when I'm flying nothing will hit my head." 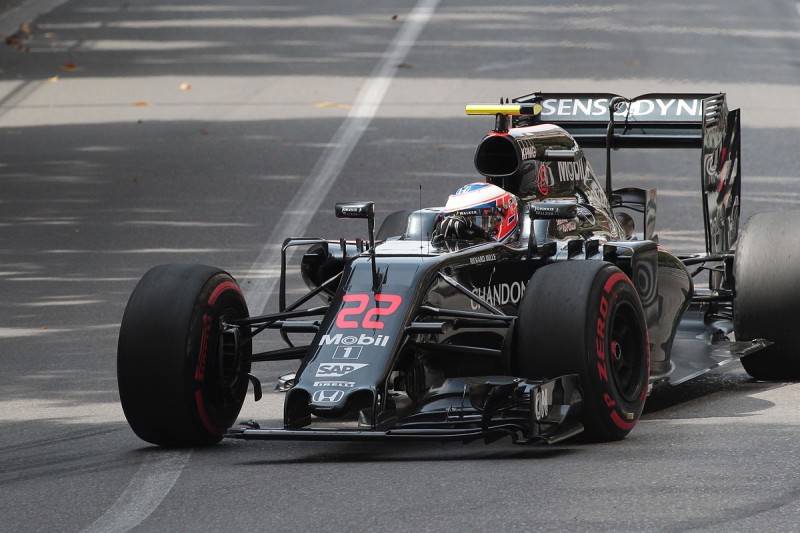 While Button praised the work officials do on the Monaco street circuit each year, he said the situation - which damaged the front wing, front suspension, brake intake and floor of his MP4-31 - should not have happened.

"We were lucky in a way that we just damaged the car, it stayed quite low on the ground, which is good.

"It's very difficult to change everything from the night before to the Thursday.

"But today we had the drain cover that moved that obviously we can't have.

"I heard it was welded down, so I don't really know how much more there is you can do.

"But they have to stay down, we have enough dangers in this controlled environment normally and it's fine, but a drain cover lifting in the air for an open-top car is extremely dangerous."