Mercedes warns of 'consequences' for Rosberg after Hamilton clash

Mercedes' Toto Wolff believes that a slap on the wrists may not be enough for Nico Rosberg after his Belgian Grand Prix collision with Lewis Hamilton, warning of larger consequences

Rosberg clashed with Formula 1 title rival Hamilton in a fight for the lead at Spa-Francorchamps in a move that Mercedes chiefs say was unacceptable.

And although Mercedes wants to wait for the dust to settle on the weekend before holding a crisis meeting, Wolff has assured Hamilton that a simple telling off is unlikely.

When asked what the team could actually do to rectify the situation, Wolff said: "A lot. But I'm not going to comment on this right now."

NEW APPROACH MAY BE NEEDED

With the Rosberg and Hamilton incident leaving the door open for Red Bull's Daniel Ricciardo to take another victory, Mercedes knows that it cannot afford to keep throwing away valuable points.

No decision has yet been made about whether or not the clash means that team orders may now be needed, but Wolff has said it is likely that a change of protocol could happen.

"The solution is that we're going to sit down and hear the boys' opinion, I think we owe it to them," he said.

"We aren't going to point the finger at Nico and say 'You messed it all up' because they're fighting very hard for the championship and it could have been the other way around. 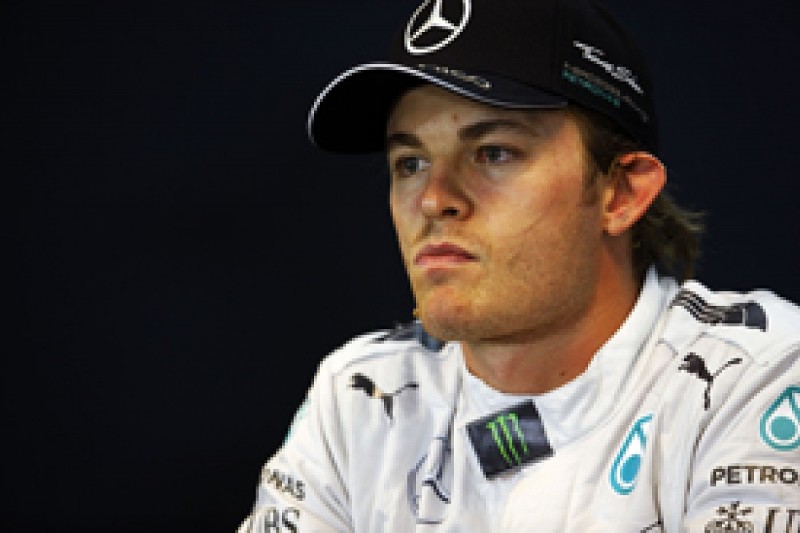 "What we have to do is see it as a matter of principle, what has happened, and take the consequences and make sure it doesn't happen again.

"We had the conversation before, at the beginning of the season. It was an absolute no-go to crash into each other.

"And now it's come to a point, in the second half of the season, where it's getting very tight, and probably we need to tackle that with more intensity to make sure we stay within the boundaries we've set at the beginning of the season."

NO SELF DESTRUCTION JUST YET

Wolff hinted it was possible that the policy of giving the drivers freedom to race may have to stop.

"It would be too early to elaborate in detail because the devil lies in the detail. We're all fans and we owe it to ourselves and everybody out there to let them race," he said.

"Today that philosophy has ended in Mercedes losing many valuable points and we don't want to end up in Abu Dhabi, with a season where we lost the championship, be it constructors' or drivers', because we're too much race fans.

"We've probably not hit the self-destruct button yet but there is a lot at stake, and if you don't manage this properly now it could end up at that point.

"It's one thing enjoying great races and letting them fight with each other, but if you look like a fool at the end of the season then you haven't won anything."