Mercedes admits it has plenty to "worry about" for the Spanish Grand Prix, as rival Red Bull sees it as a key weekend for judging Formula 1’s balance of power.

While Lewis Hamilton managed to beat title rival Max Verstappen to victory in Portugal last weekend, the low-grip track surface and tricky tyre characteristics meant it was hard to judge properly whether Red Bull or Mercedes had the fastest car.

Mercedes, which has won two races so far this season, is heading to this weekend’s race in Barcelona concerned about how it will perform, with the circuit characteristics pointing towards another super tight battle.

Mercedes trackside engineering director Andrew Shovlin said: “We have got plenty on our list of things to worry about.

“It can be pretty hot there. It is a tarmac that is getting quite aggressive and gives the tyres a tough time, and we have just done two circuits that have been pretty cold, and it has been fairly hard to get the tyres in the right window.

“Barcelona is a little bit more like Bahrain in the way that you are always sort of overheating, and Bahrain was not a very kind place to us in some respects.

"That will be the main thing that we are worried about.

"I think it will just be very, very tight and I think we are kind of settling into that.

“I think the whole year is going to be like that and you have got to enjoy the competition and not let yourself get too stressed about it because it is going to be a long tough year.” 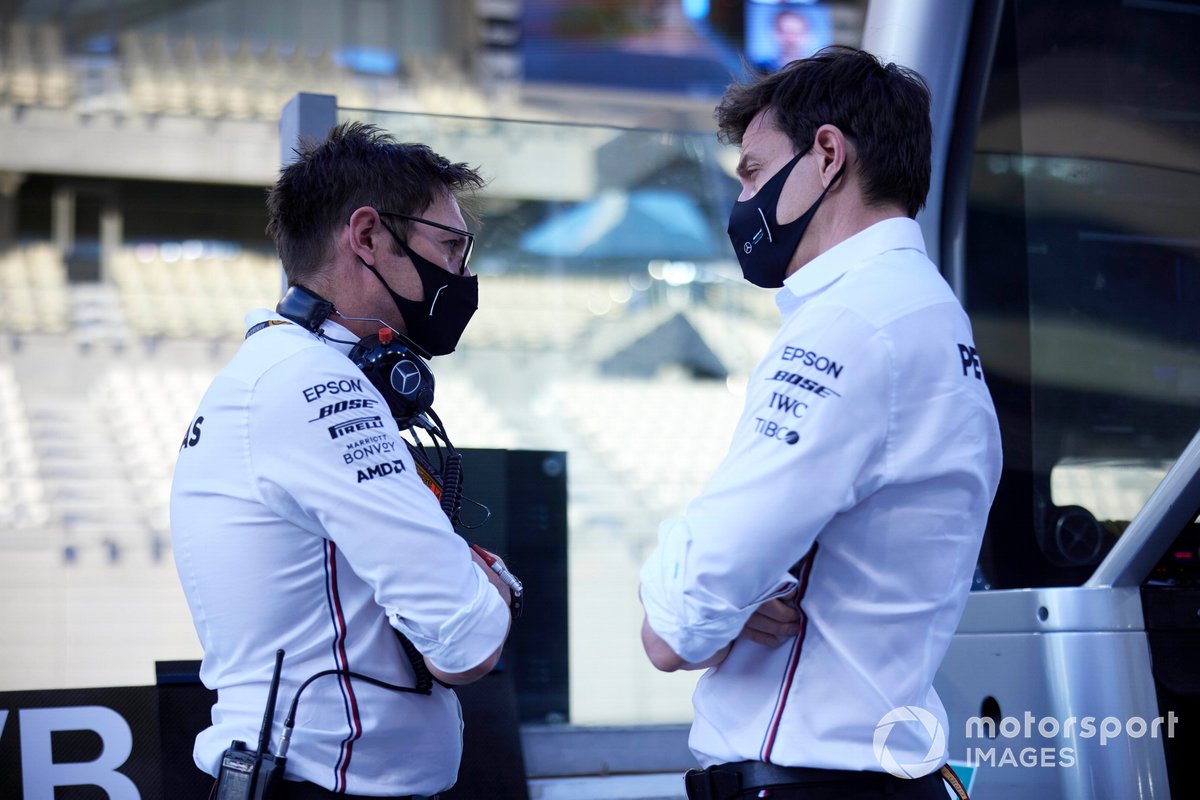 Max Verstappen was disappointed to miss out on the win in Portugal, after a weekend where he felt Red Bull never really got on top of his car. He thinks the Spanish Grand Prix will offer a better idea of where his team’s performance stacks up against Mercedes.

“For me, I think the whole weekend we haven’t been really satisfied with the grip in general,” said the Dutchman.

“Last year this [Portugal] was a very difficult weekend for us and it seemed like it’s still not great for us. Let’s say it like that. It’s a bit difficult to judge, to be honest.

“I prefer to wait again to Barcelona and see how the progression from the beginning of the season to that track will be.

"This was a bit of an odd weekend in terms of grip – but clearly we still have to improve and do better because we should be fastest on every single track and in every single condition – because the track is the same for everyone.”

Red Bull team boss Christian Horner agreed that, after the Spanish GP, teams should be able to properly judge how their cars stack up against the opposition.

“I think that we're starting to get a picture of our strengths and weakness, although I always said it would take four races,” he said.

“I think we've got a pretty abnormal surface, and extreme wind and cool conditions in Portugal, so if we get a pretty standard Barcelona I think you'll get to see where our strengths and weaknesses are.

“What we can see across every session is it's incredibly tight.

"I think the biggest winner for that is Formula 1. And if it goes like this for 23 races, it's going to be nip and tuck.”