The world champion had to start from the pits at Interlagos following a crash in qualifying that prompted the fitting of a new specification engine.

Hamilton scythed through the field and at one point looked like he had the pace to win, before he lost time lapping backmarkers and had to settle for fourth - but just 5.4 seconds from race winner Sebastian Vettel.

When asked by Autosport if he felt a win had been on the cards for Hamilton at any point, Wolff said: "Yes I think a win would have been possible.

"He was the quickest guy out there. But you must remember that Sebastian was managing the pace at every time of the race, apart from the last laps. So we haven't probably seen the real race." 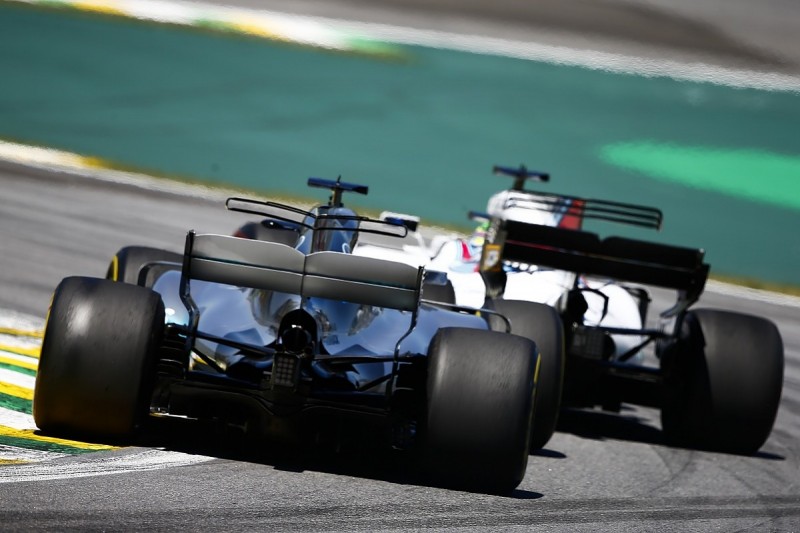 Wolff said Mercedes had determined in its morning strategy meeting that the best case scenario in a straightforward race was for Hamilton to finish fourth.

"When we discussed it in the morning, we thought that what would be a realistic target with a safety car would be P4," said Wolff.

"We had the safety car so that helped us a little bit. But the [pace] gap to Ferraris was too close to have achieved much more."

Though fourth was the result Mercedes had predicted for Hamilton, Wolff was still hugely impressed.

"For me it was the best fourth place I've ever seen," he said.

"Starting from the pitlane and ending up 5.4s behind the leader, it is quite an astonishing drive."