Lewis Hamilton's frustration in recent races at getting stuck behind other cars on Sundays has highlighted a potential deficiency in the W04, in that it loses too much performance when following closely behind other cars.

Team principal Ross Brawn thinks the issue is serious enough to need addressing for the races in Austin and Brazil, and has suggested the outfit may have to compromise its qualifying speed to make things better for Sundays.

"I think one of the weaknesses of the car at the moment, which we have identified, is our ability to follow and overtake is poor," Brawn told AUTOSPORT.

"Of course, if you get yourself into your position where you need to do that to rebuild your race, then your race goes from bad to worse.

"That is really what happened to Lewis in the last couple of races and that is something we want to think about for Austin and Brazil.

"It could be we need to modify our approach to have a car and a set-up philosophy that puts a bit more emphasis on the ability to race the other cars than the lap time." 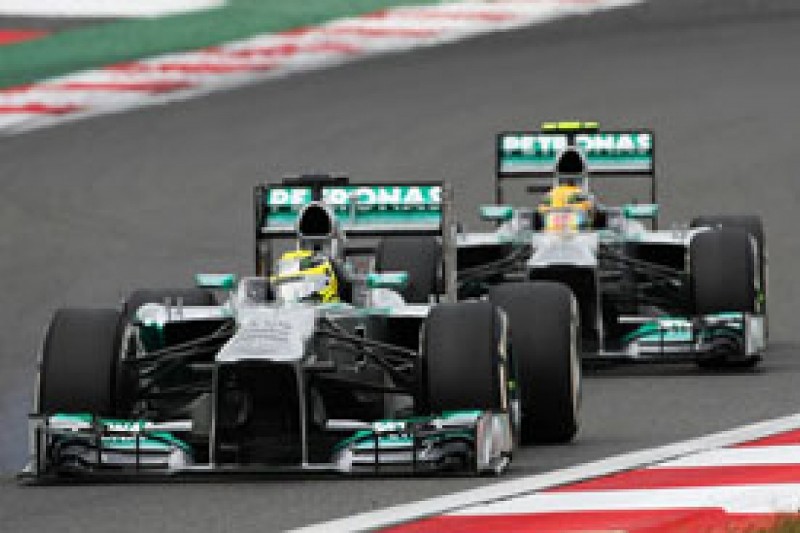 Brawn sees no reason for concern about Hamilton's recent dip in form against team-mate Nico Rosberg, and thinks such fluctuations between drivers are normal.

"I think there is a natural order that happens with two very, very good drivers," he said.

"They decide to get the car tuned in, they have a few races where they get the car absolutely right, they race well, and it all comes together.

"But there is no reason for it. They are the natural phases you go through when you have two very good drivers as we have."