After the race Wolff defended the Canadian GP stewards on the basis they were only following the current rulebook, but he believes this should be amended.

"The penalty was what the rules say," he said. "And the stewards acted I think according to the rules.

"If we're not happy with the rules because we like harder racing, count me in.

"Then the stewards will take another decision because the rules will be different.

"Let's look at the rules and see how we can get it right for 2021 so we can encourage hard racing.

"Then the verdict would have been different."

F1's rulemakers are currently engaged in debate over the major overhaul planned for 2021, which involves sporting, technical, financial and regulatory changes. 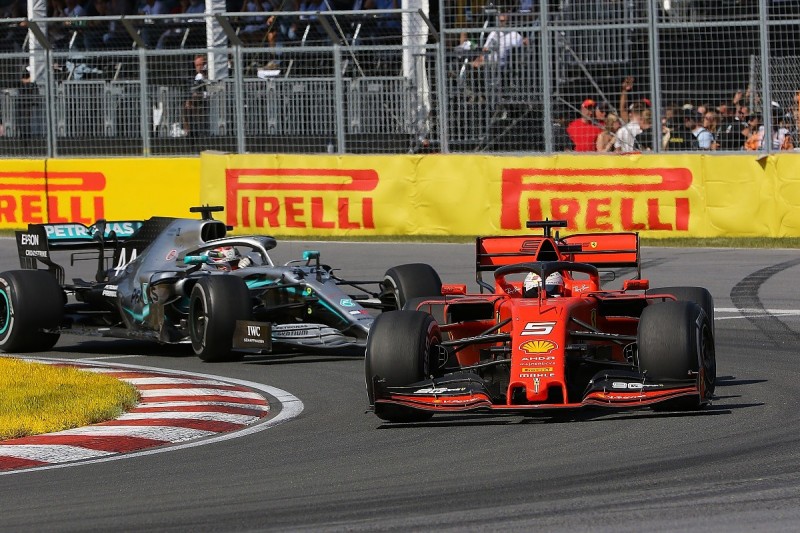 Wolff believes it presents an opportunity for the rules that govern the on-track action of drivers to be adapted as well.

Asked by Autosport if he felt the rules should change, he said: "I would really like to engage in a discussion with all the stakeholders, the FIA, the teams, to allow harder racing in 2021, to the point that the FIA can accept from a safety standard.

"I'm up for hard racing. That should be reflected in the rules and then we would have different stewards verdicts."

Vettel's penalty led to criticism from past and present F1 paddock figures, including multiple world champions.

It has been widely slated as an example of modern drivers not being able to race each properly because grand prix racing has become too bogged down in legislation.

Vettel himself said it was not the kind of racing that made him want to become an F1 driver.

Wolff said: "I think the drivers are gladiators in high-tech machines and we want them to fight it out there on track.

"But it is not trivial to find the line between hard racing and bumper cars in the future.

"Then it becomes a point of safety: how hard can they drive?"