Lewis Hamilton set Mercedes' fastest time over two weeks at Barcelona but was 1.3 seconds slower than Sebastian Vettel's pacesetting Ferrari, with Bottas another tenth behind.

But Mercedes came out on top during the race simulations and Bottas said its focus on long runs means it will not have an indicator of its pure pace until qualifying for the Australian Grand Prix in two weeks.

"We don't think we're anyway near one second ahead of everyone - that's not the case. [But] it was positive.

"It's nice to get some race simulation under my belt and feel the tyres and the car in the long run.

"There's so much more time in testing to try different things in the car and get comfortable in there. Lewis was pretty much doing the same.

"For us, I have to say the pure one-lap pace is unknown, but I guess we'll find out in a couple of weeks."

Bottas said that Mercedes did not "feel the need to go for the absolute maximum" in testing and is confident its W09 will react well in qualifying trim.

"We know that once everything is right, qualifying settings and all that will show just how quick the car will go," he said.

"We try to maximise the learning [in testing], have consistent running of different settings that really see the difference and focus on ourselves rather than the timesheet." 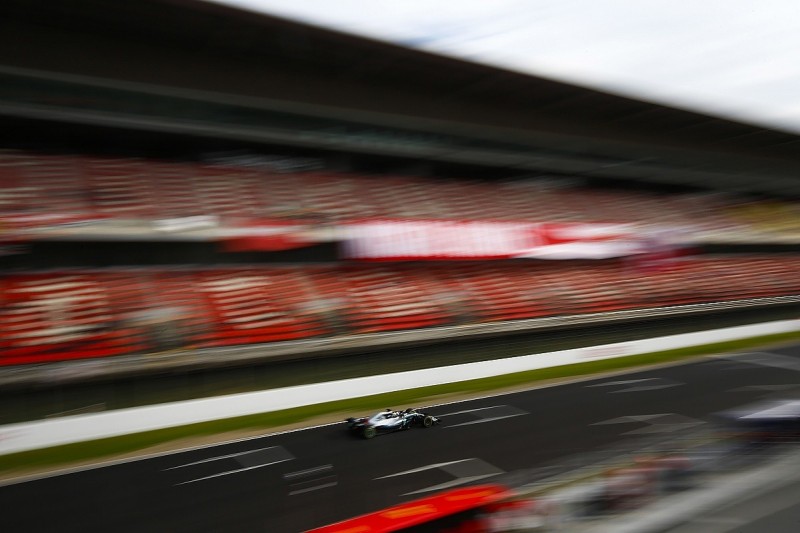 Despite Mercedes opting for a low-key test in terms of lap times and the weather disruption, Bottas said he had learned a great deal about the competitive prospects of the 2018 car and had enjoyed "a lot more time for me to really focus on my performance on track with the set-up".

Last year he had to spend testing acclimatising to Mercedes having only signed for the team in January following Nico Rosberg's shock retirement.

"There has not been so many things to get used to, so it's been a lot smoother," said Bottas.

"It definitely feels a better car. We need to be careful because the new Tarmac makes the track a bit quicker, so the car will feel grippier and better.

"What I've felt so far with the handling of the car, the balance in general, how it behaves; it has not gone in the wrong direction.

"We have made some improvements and the balance is more together. For my driving style and whether it suits me more, I don't know.

"It's up to me to adjust to the car. It's been a good beginning."

Was F1 surviving on 'a wing and a prayer'?