McLaren would support Alonso returning to F1 with rival team

McLaren would support Fernando Alonso returning to Formula 1 with a rival if the two-time world champion had the opportunity, after retaining its current driver line-up for 2020

Carlos Sainz Jr and F1 rookie Lando Norris formed an all-new McLaren pairing this season following Alonso's decision to walk away from F1 and the exit of Stoffel Vandoorne, who struggled alongside Alonso and has found refuge in Formula E with a Mercedes deal.

Alonso left the door open to return to F1 if he had a competitive option but that will not be with McLaren in 2020 because Sainz and Norris have signed fresh deals.

However, speculation over potential driver changes for next season has included the suggestion Alonso has explored the prospect of a return to Ferrari, even though the team has Sebastian Vettel and Charles Leclerc under contract.

Alonso is contracted as a McLaren ambassador, tested its F1 car this season and was part of its failed bid to contest this year's Indianapolis 500, but McLaren F1 CEO Zak Brown has clarified that the company would not have a problem with Alonso joining a rival grand prix team.

Asked by Autosport about the prospect of Alonso racing for another team next year, Brown said: "Fernando remains an ambassador for McLaren.

"We have got a great relationship with him and speak with him about some racing programmes in the future that are not Formula 1 related.

"But we're happy for him if he wants to get back into Formula 1 - because we don't have a seat available - to go race for another team.

"We'd very much support him in that if that's what he wants to do."

Alonso has won the Le Mans 24 Hours twice with Toyota in two attempts in 2018 and '19, and won the World Endurance Championship title with the Japanese manufacturer in the process.

However, he will not continue his LMP1 programme into the next WEC season, and has ruled out a full IndyCar campaign despite being keen to return to the Indy 500. 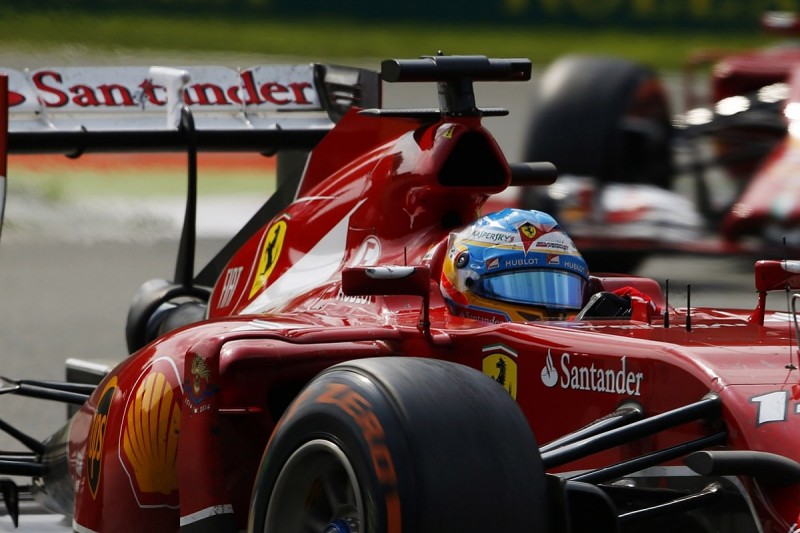 That, combined with questions over Vettel's Ferrari future, have prompted the speculation over a potential Alonso F1 comeback - something he said earlier this year was "not in the plan" but would probably consider if "a great opportunity arrives".

In Alonso's absence, Sainz and Norris have made strong starts to their McLaren careers and their efforts have helped the team to a current fourth place in the constructors' championship.

Brown said McLaren wanted to sign both drivers to 2020 deals before the "silly season" took off in earnest.

"He's not making some of the mistakes, knock on wood, that you would maybe anticipate from a rookie driver.

"He drives quite mature, his feedback is good, he gets along with Carlos very well.

"We felt we'd get that out of the way to continue with our programme, heads down, and keep racing."