The RB13 was the fourth-quickest car in Barcelona pre-season testing, behind the pace-setting Ferrari team, reigning champion Mercedes and Williams.

While Red Bull is tipped to be part of a 'big three' with Ferrari and Mercedes once the season gets going, Verstappen believes it will not be a proper contender from the first race.

"We still have to wait and see how good we really are," Verstappen told Dutch outlet De Telegraaf.

"Personally, I don't think we can fight for the win at the moment.

"Much can change during the course of the season, but we are not good enough yet to win."

Verstappen believes that while Ferrari's improved pace compared to 2016 was genuine in testing, he also expects more from Mercedes when it counts.

"Ferrari have been fast in previous years as well," he said. 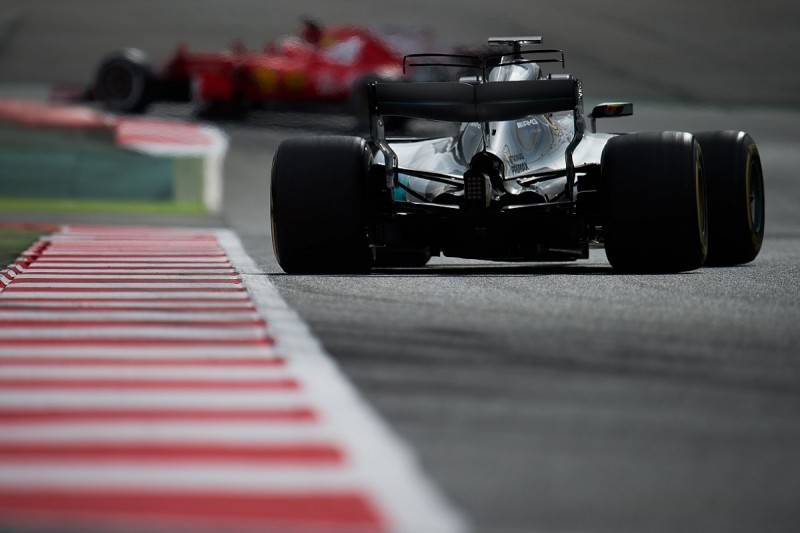 "However, this year you could tell they've made quite a step forward from last year - they will certainly fight for wins.

He added on his personal website: "Mercedes will always be right there - I think they probably sandbagged a bit. It's been that way for the last couple of years.

"For us, it is hard to tell where we are. I don't think we are the best team yet, but we will have to wait and see.

"After qualifying in Australia, we will know our pure performance.

"We won't be going there with the idea we can go for pole.

"At the moment, I think both Ferrari and Mercedes will be in front of us, but hopefully we will be able to get into a rhythm, just like last year.

"We can do better this year, but we need to work hard in order to get there."