Masi: Not all F1 drivers approve new helmet design with the FIA

Kvyat was upset that his request to run in a different coloured design for his home race at Sochi was declined by the FIA - even though other drivers have used multiple colour schemes this year.

Speaking about the matter, Masi explained that once Kvyat had lodged a formal request to change colours, then the FIA had no choice but to reject it because it was his third different design of the year.

"I don't think that Kvyat was picked out," explained Masi.

"The question was asked, if the helmet design is substantially similar. And the response was: 'No, it's not.'"

While many observers have pointed out other drivers running a number of different designs this year, Masi has suggested that has only happened because not everyone has asked in advance.

"Not necessarily," he said when asked if all teams got approval beforehand. "Generally those that ask get a response either one way or the other."

Max Verstappen is one driver who has used a number of different coloured helmets this year, but Masi said that he had not been informed beforehand about any change of helmet design.

"No, the team has not sent me a request," he said. 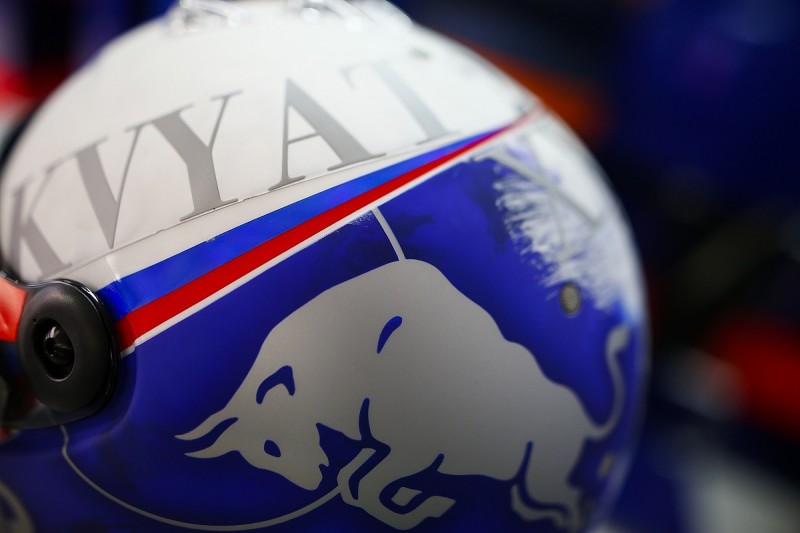 Masi has suggested that the situation surrounding helmet designs is something that may need looking at again.

"I said to the drivers on Friday night "yes, its something that we'll look at", but there are number of inputs," he said. "It's not just the FIA, it's the FIA and the F1 group.

"We've also got at the end the day you guys, broadcast media. It's funny talking to some of the commentators about it. They said the reason why it was there is because of us, because when we're looking down we know who is in the car.

"If we've got someone changing helmets all the time, we've actually got to think and look twice and see who it is, when we're doing a live television broadcast.

"So there were various reasons why it was brought in, and it's one of those we've already spoken about. We discussed it on Friday night, and said let's have a look at it.

"At the end of the day, it would require a regulation change. [At the moment] there is your one joker a year, that you're allowed, and when the question is asked, the response is relatively black and white."

No driver has yet been called up over using a different design beyond his one joker, and Masi said it would not be up to him what sanction would be imposed for a rule breach.

"I don't apply the penalties, I'd refer it to the stewards," he said.

"If something came up, I'd have to refer it to the stewards. And it would be their determination of what would or wouldn't happen."

How Verstappen conquered his demons