Mercedes motorsport boss Toto Wolff suggested in April, following poor starts for Hamilton in Australia and Bahrain, and for Nico Rosberg also in Melbourne, that parent company Daimler was looking to optimise the hardware on the clutches.

But starts have remained a problem through the year, with Hamilton also away in Spain and Canada before his poor getaway at Monza, and Rosberg also struggling off the line in Hungary and Germany.

"We never stop improving and learning, but this year has been a hard year for us with our clutch," said Hamilton.

"They'll be working very hard - it's not a quick fix so it's not something we can change for the next race.

"We have made improvements, so you've seen better starts, but we are still caught out by the random variation that we have from one start to another.

"We do practice starts all weekend and they are varying a little bit, and then every now and then we get a drastic variation.

"I can assure you we'll be talking about it on Tuesday [at the factory].

"We'll try to get as much information, and learn as much as we can, to try and make sure in the remaining seven races we're not struggling getting off the line from pole positions."

Hamilton maintained he went through his procedures correctly on the startline, only for there to be an over-delivery of torque, resulting in wheelspin.

NO BLAME AT MERCEDES 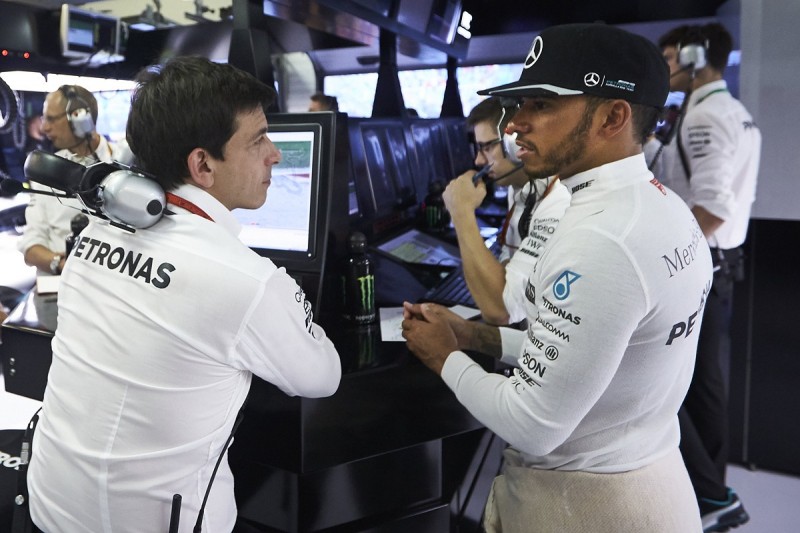 Wolff said he had no interest in getting to the bottom of who has been at fault for the problems at starts this year.

"In this team I will never blame anybody - not the driver, not the engineer, nobody," he said.

"If you start to blame this is where you start going downhill because people will try to protect their arse and have a conservative system in place rather than putting the best development on the car.

"Nobody is to blame, and in this particular case it's a combination of many things.

"We changed the rules last year [going from a double to a single clutch start] and this is why I don't want to go there.

"Once we've seen all the data we'll address it internally to see what needs to be done in order for it to be avoided.

"So it's not a game of blaming. As a team you win and lose together. In that case the team has lost."