The three-time F1 world champion used soft tyres, the hardest of the three compounds available this weekend, to clock a 1m05.975s.

That was just over two tenths faster than the circuit's previous fastest lap, which Hamilton set in the second part of qualifying last year.

Verstappen had set the session's first benchmark, a 1m08.429s, and that early effort on softs kept him on top until the Mercedes drivers emerged on ultra-softs 25 minutes into the session.

Bottas won that initial civil war on a 1m06.845s, before Ferrari's Sebastian Vettel joined the fight on the half-hour mark.

Vettel recovered from a spin after hitting the inside kerb at Turn 1 to edge Bottas with a 1m06.826s, but moments later Hamilton lapped three tenths quicker than his Baku aggressor on a 1m06.526s.

After a mid-session lull Bottas bolted on super-soft tyres to jump to first on a 1m06.345s, before Hamilton set a series of fast laps on soft tyres.

Verstappen improved twice in the final 10 minutes to jump to third and then second, ahead of Bottas, and had posted the fastest first sector of the session before a spin at the tight Turn 3 at the top of the hill in the final minute.

He had also clipped the wall on the outside of the Turn 6 gravel trap half an hour into the session after a sideways moment, causing light damage to his right-rear wheel.

Bottas suffered a late spin and wound up third fastest, 0.370s slower than Hamilton after failing to improve on his super-soft lap, with Vettel a further tenth back in fourth. 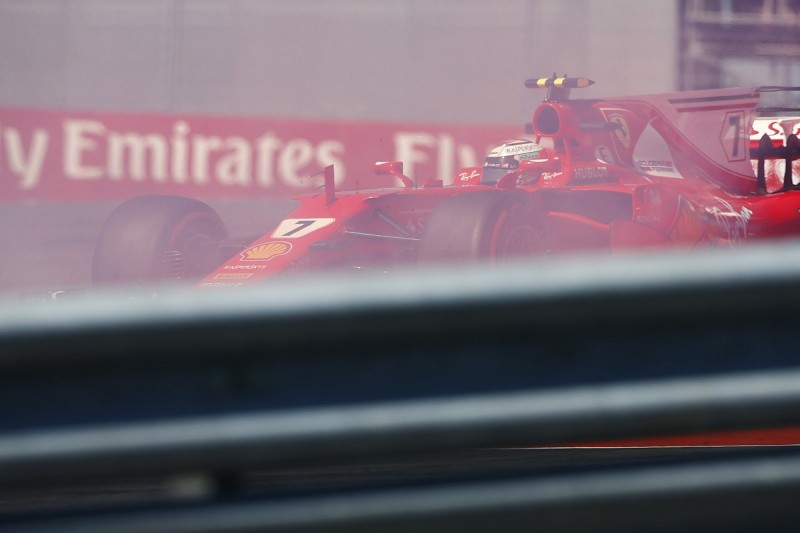 Daniel Ricciardo failed to match Verstappen's pace and was 0.6s behind Hamilton in sixth, just ahead of Kimi Raikkonen, who also spun at Turn 1, and Stoffel Vandoorne, who used ultra-soft tyres to star in his McLaren.

Celis was 1.7s slower than team-mate Esteban Ocon and wound up 18th fastest, ahead of the two Saubers.

The Russian reserve was 17th quickest, 0.9s slower than Jolyon Palmer in the sister RS17.

The winners and losers of F1's silent war