Vettel jumped from third to first in the 2018 F1 season-opener with a later pitstop taken while Hamilton and Kimi Raikkonen lapped slowly during a virtual safety car period.

During a VSC, drivers must keep above minimum sector times mandated via the FIA's control ECU. A pitstop under VSC conditions is less costly because the speed disparity between the pitlane limit and cars on track is lower.

Hamilton had closed the gap to Vettel to 11.614 seconds when the VSC was deployed, which Mercedes thought was enough to ensure it would reclaim the lead when the Ferrari pitted.

It only realised its calculation was wrong when Vettel emerged from the pits in front.

"They don't fully understand it still, so they couldn't give me an exact reason as to why it was the way it was," said Hamilton. "So, I can't really say how I feel about it.

"It's never easy to lose a grand prix but there were so many positives to take from this weekend.

"In the race I had extra tools, I could have been further ahead by the first pitstop.

"There were so many good things we could have done, but if one thing is telling you one thing, and you think you're doing it to the book, within the limits, then there's nothing you can do."

Asked if Hamilton could have built a bigger gap in the first stint, he replied: "I think we would have been able to, yeah.

"Lewis knew that he needed to make it to the end on the tyre and drove to the target, and we probably would have had the gap." 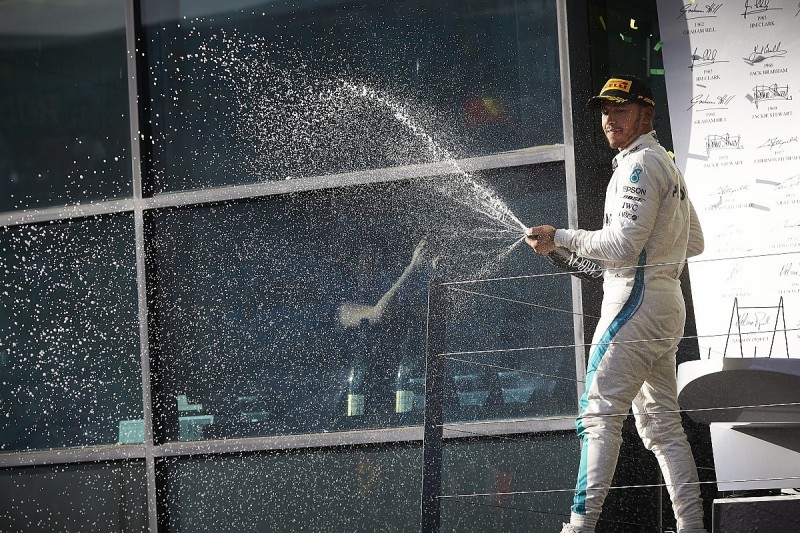 Hamilton said he would prefer to be racing in an era that did not rely on technology so much.

He also stressed that the negativity of the result should not overshadow a strong weekend.

"I wish it was more in my hands, because I feel like I was driving as good as ever today," he said.

"We still got second today. It feels like a dark cloud, but it's still a positive result.

"We've got a great car, we are still the world champions, and with a couple of adjustments we can win the next race. I believe that."