Lewis Hamilton has Ayrton Senna's speed but not ruthlessness

Lewis Hamilton has the speed and raw talent of his Formula 1 idol Ayrton Senna but without the ruthlessness says Paddy Lowe, who has worked with both

Hamilton equalled Senna's tally of 65 F1 pole positions at the Canadian Grand Prix last weekend, and will receive one of the Brazilian's helmets from the Senna family in recognition of that achievement.

Lowe, now Williams chief technical officer, worked briefly with Senna at McLaren in 1993 and has ample experience of working alongside Hamilton at first McLaren then Mercedes.

Asked if he believed Hamilton had the same raw speed as Senna, Lowe said: "Yes. Undoubtedly.

"Those great drivers are able to pull out an extraordinary lap and I think you saw that with Lewis [with Montreal pole].

"Probably on Mercedes' estimations and simulations, that time wasn't in the car.

"They didn't have it on the charts.

"They probably thought Ferrari had them after P3, and then you see Lewis will go out there and really dig deep. 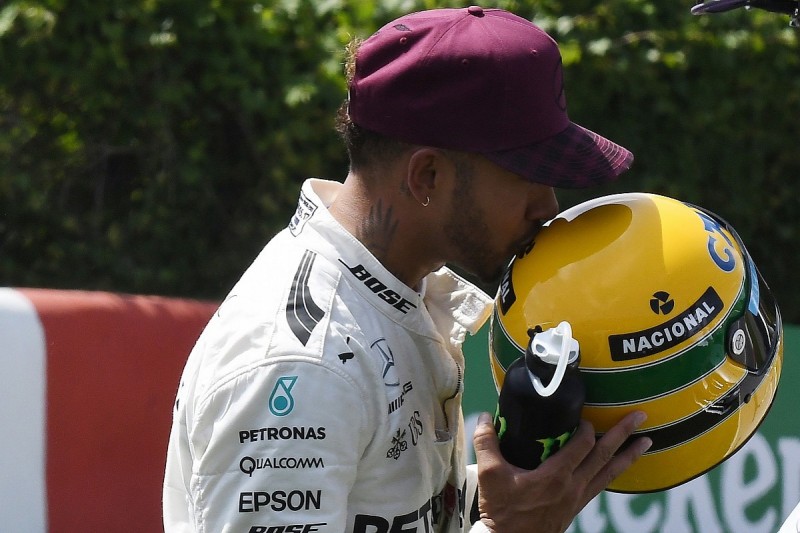 "These drivers cannot do it every Saturday but, every now and again, they go out there when something really extraordinary is required and produce a lap where you go, 'where on earth did that come from?'

But while acknowledging their speed is equal, Lowe said there are big differences between Senna and Hamilton's approaches to F1.

"I think character-wise they were quite different," said Lowe.

"People criticise [Hamilton] for a number of things but actually he is within it all a real gentleman and a very fair racer. Hard but fair.

"With Ayrton, we have a tendency to get a bit rose-tinted.

"Mostly I was playing against Ayrton, that is why I struggle a bit with perspective, but mostly I was at Williams in those days and Ayrton was the guy we were struggling to beat.

"We eventually did in 1992 but it seemed impossible in the years building up to it, and he was ruthless.

"He had various tactics to intimidate his opposition, but that was more the name of the game back then.

"I was talking to Riccardo Patrese the other day about this and without mentioning any specific instances, bearing in mind you didn't get a penalty for blocking in qualifying in those days, you just had to go and see the bloke and intimidate him so he didn't screw you over again.

"That is how it was back then. Now you can rely on the police to give the guy a ticket!

"It is a very different world and Ayrton played it how he had to back then."