Charles Leclerc felt “very confused” after struggling to 13th in Formula 1 qualifying for the Qatar Grand Prix, believing that “something quite big” went wrong during the session.

Leclerc dropped out in Q2 at the Losail International Circuit on Saturday evening, finishing nine-tenths of a second off pace-setter Lewis Hamilton’s time and over three-tenths behind Ferrari team-mate Carlos Sainz Jr.

Leclerc sat last in the order after his first run in Q2, but told Ferrari over the radio that he had “no idea” where the time was being lost as he felt his car was “quite on the limit”.

Speaking to the written media in Qatar after qualifying, Leclerc conceded that he had “no idea” what happened in qualifying as he struggled for grip.

“Normally I'm quite good at understanding what's wrong, in a qualifying lap especially, which is one of my strengths,” Leclerc said.

“But this one is a very strange one. I just had no grip from all four tyres. It's not like I had a balance issue or anything like that. I was just struggling with all four tyres with grip.

“So we need to look into it whether there was anything strange or not. If there's not anything strange, then I will be very happy to understand what I did wrong. Let’s see.”

Leclerc said he did not feel any of the issues during final practice earlier in the day, but was losing “around five or six-tenths” in the first sector through qualifying.

“I have no idea why,” Leclerc said. “The tyres just felt at their limits. I don't know if I wasn't putting the car, the tyres in the right window before the lap. I have no idea for now, but we need to find an explanation.” 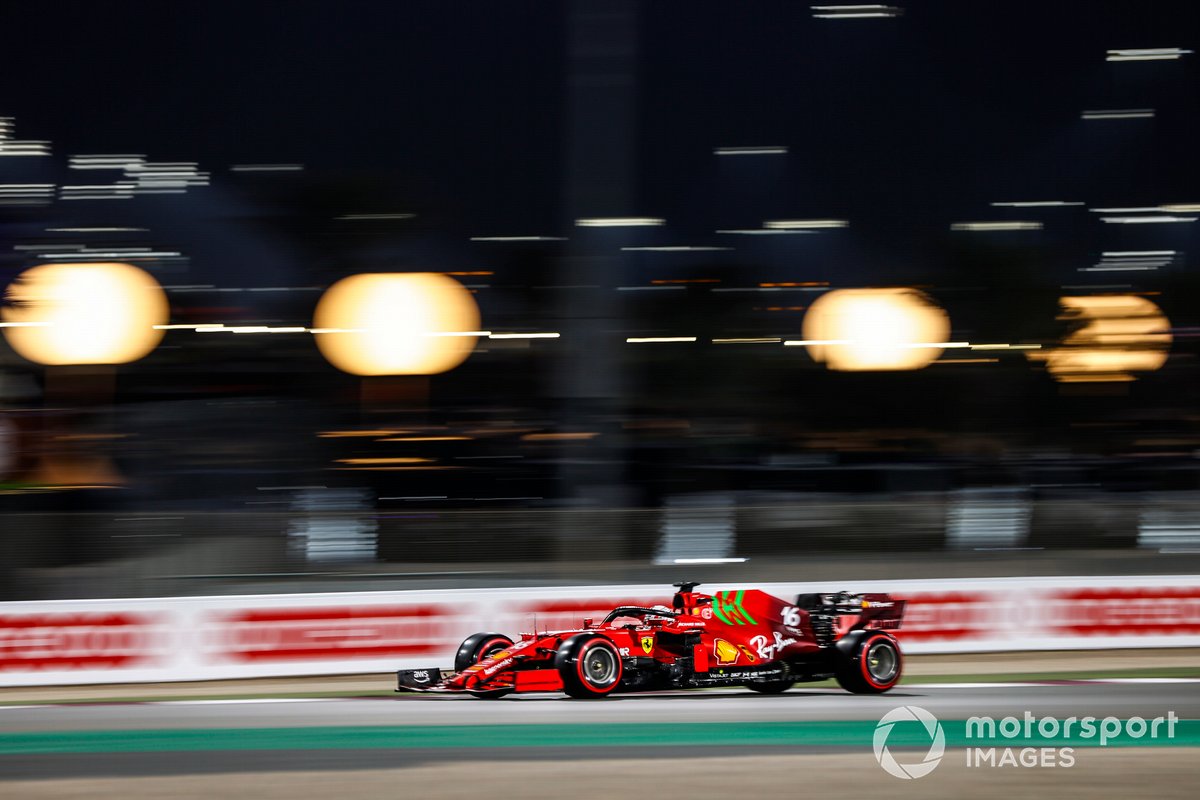 Leclerc added that his fastest lap in Q2 felt clean, making him question if there was something that had gone wrong during the session to explain his lack of pace.

“I was very confused when I heard the one second over the radio,” Leclerc said.

“I think I'm pretty sure there's something that went wrong this qualifying - well obviously, I'm a second off on the first run of Q2 - but something standing out and something quite big, because I just cannot explain it.”

Asked what his expectations were for the race given the difficulty of following other cars in Qatar, Leclerc replied: “I think anything is possible. We will have a free choice of tyres, so hopefully we can take advantage of it.”