Charles Leclerc was "disappointed" to finish qualifying for Formula 1's 2020 Abu Dhabi Grand Prix in ninth, after the Ferrari driver had set the third fastest time in Q1

Leclerc, who went into qualifying at the Yas Marina track with a three-place grid penalty hanging over his result thanks to his clash with Sergio Perez and Max Verstappen on the first lap of last weekend's Sakhir GP, failed to recreate his best laps from Q1 and Q2 in the top 10 shootout.

The Monegasque driver did manage to get through on the advantageous medium tyres in Q2, but could not recreate his form on the softs in Q1 - where he was only behind the Mercedes duo, Lewis Hamilton and Valtteri Bottas, and ahead of eventual pole-winner, Verstappen.

When asked how vital it had been to progress through to Q3 on the mediums, which were lasting much longer than the red-walled softs on long runs in practice for the Abu Dhabi race, Leclerc told Autosport that "it was important" before offering his thoughts on his Q3 form.

"I'm a bit disappointed because I wished we could do something more in Q3, which we didn't," he continued, after going 0.184s slower in the final segment than he had in Q1.

"We struggled a lot more in Q3 with tyre temperatures for some reason. So, we need to understand that, but happy to have gone through to Q3 with the medium." 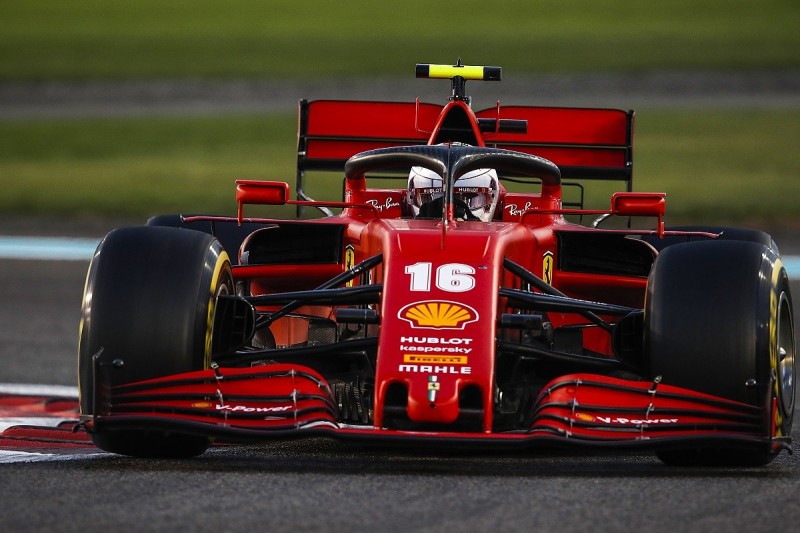 Leclerc explained that the problem was down to "keeping [the tyres] cool towards the end of the lap".

He added: "We were struggling with overheating in the last sector and that made us lose quite a bit of laptime."

Leclerc's penalty means he will line up for the final race of the 2020 season in P12 on the grid, behind Renault duo Esteban Ocon and Daniel Ricciardo, who were eliminated in the middle phase of qualifying and are free to pick their starting race rubber.

"I don't think it's that bad at the end [to be starting behind the Renaults], because we would have chosen medium if we had free choice," said Leclerc.

"So, luckily, we did a good job in Q2, which helps us to start on our preferred tyre.

"It would have been a lot more difficult [starting on the softs] because... well, I could have had an advantage for two laps.

"But after that we all know that they are dropping quite a lot [with degradation]."