Pirelli has warned that it will pull out of F1 after this season if it is not given any extra assistance to test its rubber for next year.

It fears that if it cannot run before next January's first pre-season test in Jerez then it may be too late to ensure its tyres can cope with the high torque demands of the new V6 turbo cars.

In the wake of that threat, a number of teams have said they are willing to step forward, but it will be down to Pirelli to either sort the necessary approval from the FIA or to fund the test itself.

Lotus team principal Eric Boullier told AUTOSPORT: "If it doesn't cost a penny, yes. We could support this."

Mercedes motorsport boss Toto Wolff said: "We have to support the tyre supplier in the best possible way and it is a matter of extracting performance and being supportive.

"We need to support them and try to give them the mileage.

"It is a safety issue and it is only through safety they can decide what type of tyre compounds they need for next year.

"So we are prepared to support them if any test is needed before the beginning of the season."

The testing situation is further complicated by the fact that a planned tweak to Formula 1's sporting regulations for next year, voted through by the new Strategy Working Group, will mean that 2011 cars will be banned from testing on contemporary tyres. 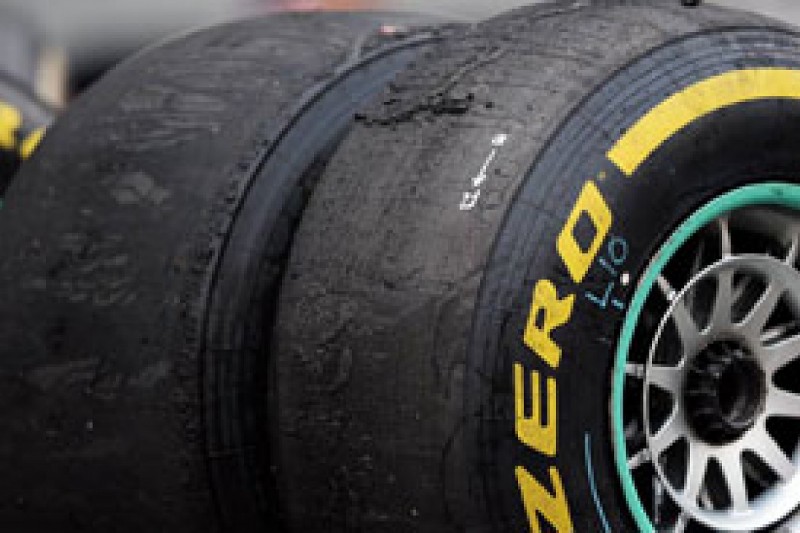 For any running to take place after January 1, it would therefore require unanimous support from the teams, which has been difficult to achieve in the past.

"One of the issues you have got is that we can test a 2011 car for 1000km this year, and every team can do that," McLaren sporting director Sam Michael said.

"But from January 1 there are new Sporting Regulations. They have split up current cars, previous cars and historic cars in to three categories.

"The current cars will be 2013/2014/2015, and then previous cars will be the four years before that. And anything before 2009, like James Hunt's old car or Senna's old car, will be viewed as historic.

"Therefore we cannot send a 2011 car tyre testing once we go beyond January."

McLaren is already supplying a car for a Pirelli tyre test at Vallelunga next month.