© 2021 Motorsport Network. All rights reserved.
TV Tickets Fashion Giorgio Piola Jobs
Previous / What Raikkonen must do to shrug off laggard tag Next / Renault aims to beat Formula 1 rivals at 85% of their size
Formula 1 News

Lance Stroll: I got no guidance from Felipe Massa in 2017 F1 season

Lance Stroll says he will not miss having Felipe Massa as a Formula 1 team-mate, as he received 'no guidance whatsoever' from him during their time together at Williams

After being drafted back in at late notice to replace Mercedes-bound Valtteri Bottas alongside Stroll last year, Massa retired from grand prix racing for a second time at the end of the 2017 season.

The Brazilian's place has been taken by rookie Sergey Sirotkin for 2018, giving Williams the youngest driver line-up on the F1 grid.

But, when asked whether he would miss having a veteran driver such as Massa as a team-mate this season, Stroll claimed it made little difference as he never got any help from his more experienced colleague anyway.

"I don't think I had any guidance from him last year, whatsoever," Stroll told Autosport.

"I don't know why people seem to think there was a coach or a mentor thing going on.

"There wasn't; it was just him doing his job and me doing mine, and whoever did it better finished ahead.

"Whether my team-mate is someone with 15 years' experience or someone of one year's experience, my approach doesn't change." 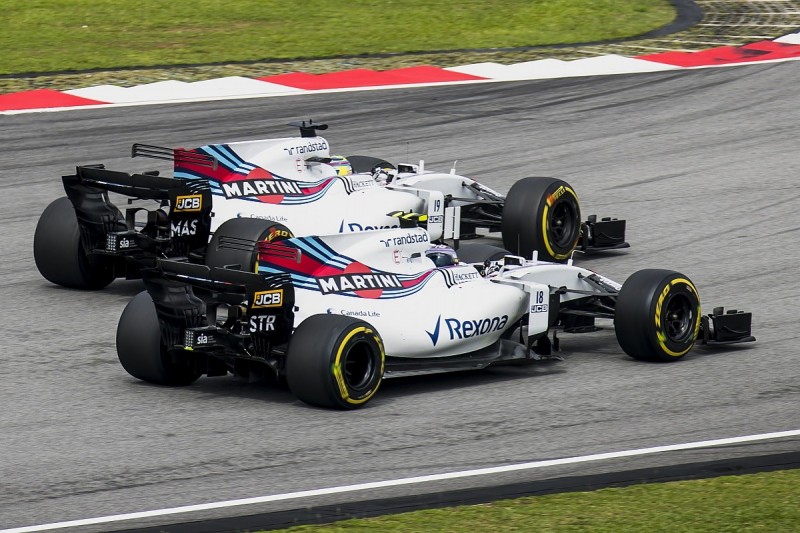 Massa had said early in his season alongside Stroll that working with the Canadian rookie reminded him of the mentoring he received from Michael Schumacher at Ferrari at the start of his own F1 career.

Robert Kubica missed out to Sirotkin in their contest for the vacant race seat, but the 2008 Canadian Grand Prix winner will still join Williams as a reserve and development driver.

Stroll believes Kubica, a veteran of 76 GP starts who also tested for Renault last year, will be an asset this season.

"Robert can be a big help for sure," said Stroll. "Felipe was a good help in that way of helping the team develop with the new regulations, and Robert can definitely help us.

"He seemed to have a good understanding of what the problems were with the car [in Abu Dhabi testing], we got some feedback from the Renault he drove in Hungary.

"So that was good, I can think we can use him and integrate in the team to help us get further up the grid."