Although the team has moved to downplay its prospects of a serious challenge near the front at Spa-Francorchamps, Button is still convinced the outfit should target a top three spot.

"I think we have to be optimistic coming here, and I am," explained Button.

"I don't know where we will end up, but I feel that we should be aiming to fight for the podium.

"We need it - and I think we work well under it. I have no issue in saying it."

Button thinks the high-speed nature of the Spa circuit, allied to the fact that cars run in a medium downforce configuration because of the long straights, plays well to the strengths of this year's McLaren.

"It is good for the car and it should be better for us," he said. 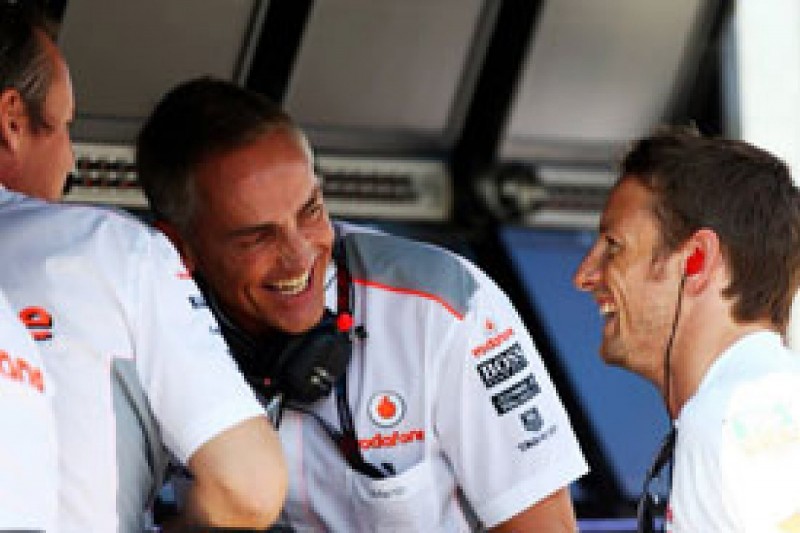 He also reckons that McLaren has made progress in recent weeks in allowing Button and team-mate Sergio Perez to get the car operating in a wider set-up window.

"We have more tools with the car in terms of the set-up," he said.

"It is not stuff that outright gives you pace, but stuff that helps you set the car up and put it where you want it.

"We were very limited in Budapest and Hungary in terms of the balance of the car, especially in qualifying. I could not get it right as I didn't have enough adjustment with the car."