Vergne will leave the Red Bull junior team at the end of this season, allowing teenager Verstappen to become the youngest race driver in F1 history.

Vergne told reporters ahead of this weekend's Belgian Grand Prix that he now has to make the most of the final eight races to prove his worth to rival teams.

"I will always be thankful to Red Bull and Toro Rosso - they gave me the chance to continue when I didn't have the money to drive, and make my way up to Formula 1," Vergne said.

"I have had some great races with a difficult car that was not always finishing races.

"Otherwise I wouldn't be here. I'm not this kind of driver who likes to be in F1 just to be in F1 and say I am an F1 driver. I will use this opportunity to bounce back and show myself.

"It is always in difficult moments you can show your best potential, and that's what I am going to do in the next eight races."

Vergne reckons he would have been looking to a future outside of Toro Rosso for 2015, even if his current season had not been hampered by reliability problems with the STR9.

"Even if I had made a podium I would be in the same situation," Vergne added.

"Toro Rosso is a team for young drivers - it doesn't matter how great I would have been.

"I think no one could have done better than what I have done. Unfortunately with all my retirements it has been nearly invisible.

"I have shown many things behind the wheel of the Toro Rosso and they are giving the chance to Verstappen the same way they gave me the chance three years ago. 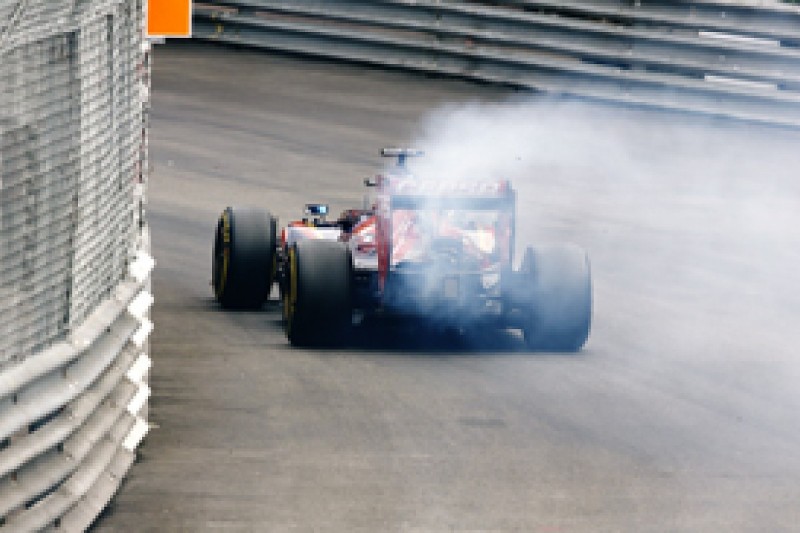 "In the end, Toro Rosso is a team for young drivers, and I am too old."

Toro Rosso team principal Franz Tost, who confirmed that Vergne's exit was because he was "not anymore a young driver", said the car's unreliability thus far has robbed the Frenchman of a chance to secure his F1 future.

"I really pray to Jesus Christ that our car is reliable, because Jean-Eric is a skilled driver, and if we provide him with a good car, he will show a good performance," Tost said, when asked by AUTOSPORT what Vergne's next step should be.

"I really hope he gets a seat in Formula 1 because JEV couldn't show his real potential until now because of the team - the car simply wasn't reliable enough.

"Therefore I hope for the second half of the season he gets the chance to show this, because, for me, he has deserved to stay in Formula 1."

The inside story of Williams's revival