The immediacy of Mercedes Formula 1 junior Esteban Ocon's results has surprised his Force India team, according to its chief operating officer Otmar Szafnauer

Ocon only made his F1 debut in last season's Belgian Grand Prix, when Mercedes parachuted him into Manor to replace Rio Haryanto.

He scored a point on his Force India debut in Australia, the first of five straight top-10 finishes before a puncture in Monaco ended that run.

Ocon bounced back with a career-best sixth in Canada, which he matched in Azerbaijan despite colliding with team-mate Sergio Perez and costing Force India a possible podium.

His eighth-place finish in Austria cemented eighth in the championship, and Szafnauer admitted Ocon was probably exceeding the team's expectations for the first part of the season.

"Are we surprised? Maybe pleasantly surprised but not completely," said Szafnauer.

"We chose him because we thought he had the capability of doing this.

"Maybe the surprise is that it's happened straight away. 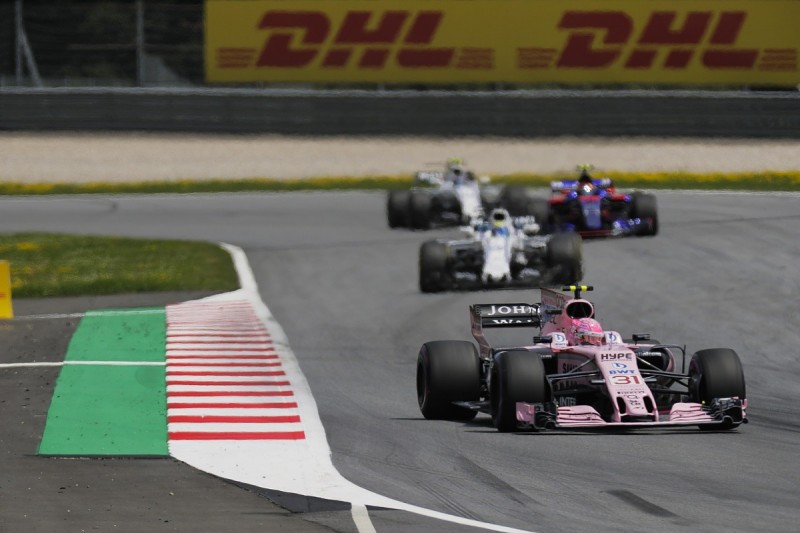 Ocon's results this season have helped put Force India a clear fourth in the constructors' championship, 49 clear of Williams.

Szafnauer admitted the team knew it would be "in trouble" in the midfield battle if both drivers were not scoring points.

"He's been very consistent and that's exactly what we wanted," he said. "We knew in the midfield we need two drivers to consistently score points.

"Thanks to Esteban and his engineering team we're doing that.

"He's getting better and better. He's learning the team too, not just the tracks, how we work, and that's important."

Although Ocon has raced at ciruits such as Barcelona and the Red Bull Ring before in junior categories, his half-season in F1 last year means he will not return to the tracks he has F1 race experience on until after the summer break.

The 20-year-old is expecting that to help him achieve more, especially as he will be revisiting those circuits as a more experienced driver.

"When you get to a track you know already it makes a big difference," Ocon told Autosport. "You build your weekend in a totally different way.

"I saw in Barcelona I had a great pace and that was where one of my best results was, and [in Austria] I already knew the track and I felt more comfortable.

"I hope it will make a difference, I'm taking more experience as well, so I think it will."