But one equally crucial aspect of his survival is that Grosjean was able to emerge from around 29 seconds inside a fireball with only very light burns to his hands.

His fireproof overalls, underwear, socks, balaclava and gloves all did exactly what they were designed to do in protecting him from the flames.

That success is testament to both the FIA, in introducing new tougher safety standards for driver wear in 2020, as well as the extra work that Grosjean's racewear supplier Alpinestars has done to go over and above what is needed. 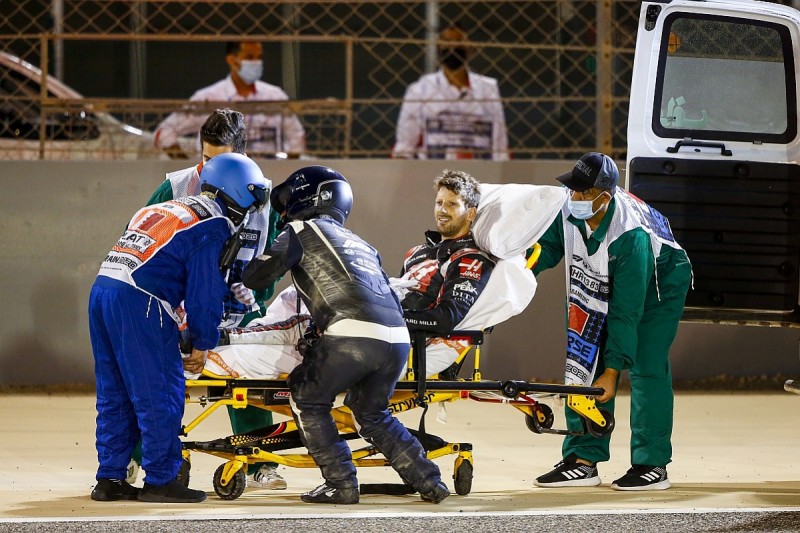 It is well known that F1 driver safety wear has to be fireproof, and undergoes testing for both direct flames and heat transfer.

For 2020, though, a new standard for all driver wear has been made mandatory in F1, increasing protection by around 20 per cent for many items and ensuring all items - including underwear and socks - were now tested.

The new regulations (known as 8856-2018) were introduced two years ago and made mandatory in F1, FE, WRC and WEC for this season.

The previous flame test requirements are the same - where materials are subject to a 700°C flame for 10 seconds. After that time period, the flame is removed and the material should then not burn for more than two seconds and there should be no debris, molten debris nor holes.

One of the areas that has been paid great attention is what is known as a Heat Transfer Index test, which effectively measures how hot things get inside a material.

The machine uses a thermocouple placed in contact with the innermost layer of the garment to measure the time required for an increase of 24°C from the start point. It uses a 1000°C burner to simulate a fire. 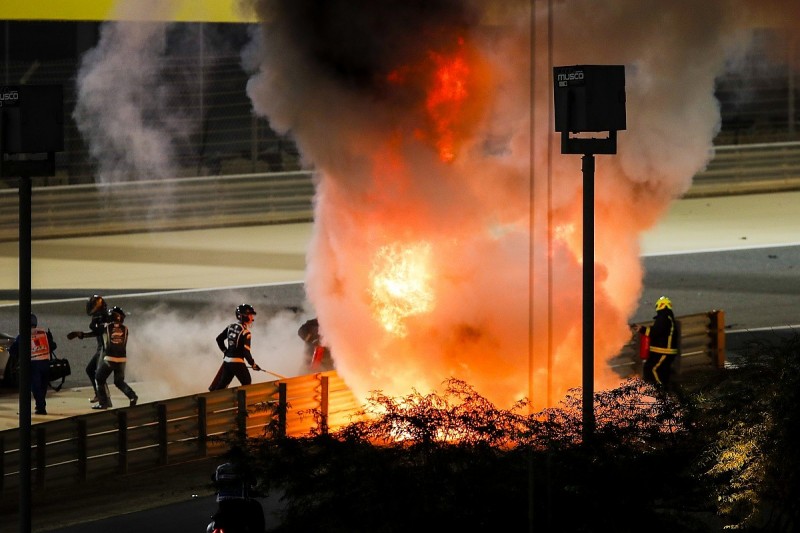 From 2020, race suits have to resist at least 12 seconds (it was 10 seconds before). Shoes and gloves must withstand 11 seconds (with the exception of glove palms which have to withstand eight seconds).

Underwear, balaclavas and socks have been included in these tests for the first time, and must exceed five seconds.

Alpinestars has always prided itself on going beyond the minimum requirements, so the apparel Grosjean wore will have been produced to exceed the homologation standards.

Last year the company had already completed a full phase in of new items so everything was homologated to the 2020 standard already, with some items lasting up to three times the minimum required.

As Alpinestars' Christopher Hillard said: "We always try to exceed the base standard. And in this instance, it has served us well, because when you do the calculations, Romain was exposed for longer than the minimum requirement.

"There's only so much you can do though and fortunately, we don't get too many of these fuel cells breaches and fires. But when we do, we're going to do everything we can to learn from it and develop our products." 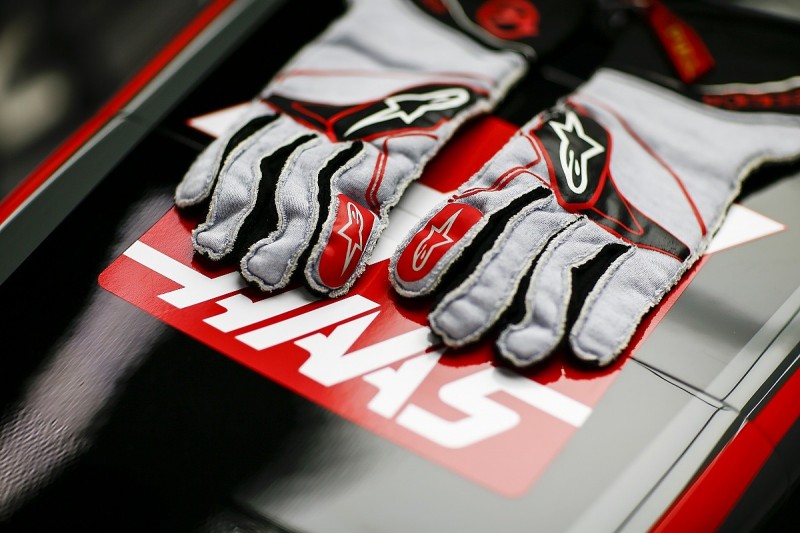 Grosjean's main injuries were to his hands, with the burns needing treatment in hospital.

Hillard says that the injuries to this area is not a huge surprise, because beyond the naked face behind the visor, the hands are the most exposed part of the body.

"The hands are only protected by one layer of fireproof material, you don't have under gloves or anything like that," he said. "It is not like when Romain lost his shoe, because he was still covered by another protective layer.

"As much as it is unfortunate the injuries he sustained, and we want to do what we can to it to address that, the hands are an area where you need ultimate feeling as well when you drive - so it's that trade off.

"It's something we need to address and take the information from. But at the same time, I think, there's a good logic behind how that is the area where he seemed most exposed." 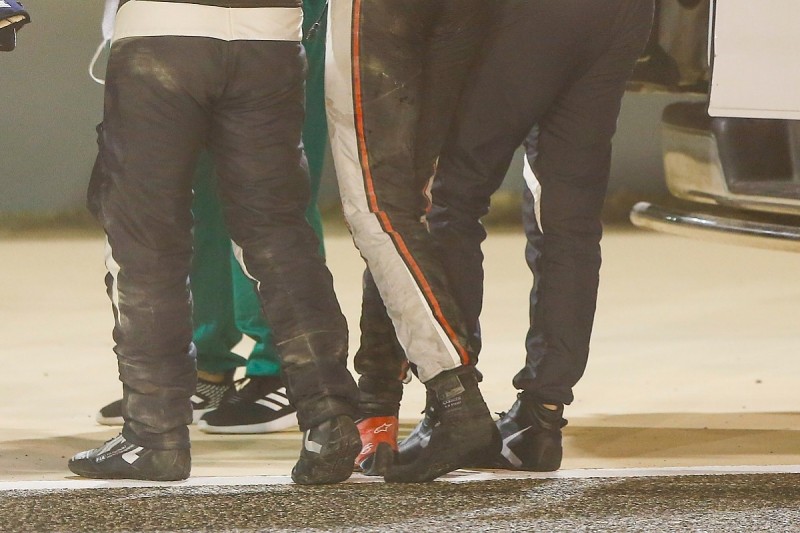 Photographs of Grosjean as he was led away from the car showed that he was missing his left boot.

Early indications are that the boot had got trapped behind something in the cockpit, potentially the brake pedal, and came off as Grosjean clambered out.

While it may have seemed unusual for the boot to come off, part of the analysis going forward will be whether Grosjean was helped by being able to release his foot from it. Had he not been able to, then it could potentially have trapped him in the car.

Some drivers, like Grosjean, prefer a Velcro style of fastening, whereas some like the more rigid traditional laces.

"We have shoes to fit each different driver's specific needs going from lace up to that Velcro model," he said.

"You are coming from a place where the focus is on weight saving and of course, each of the products meet and exceed the minimum requirement. But it's about a driver's choice on what he wants to do and how he wants to use it." 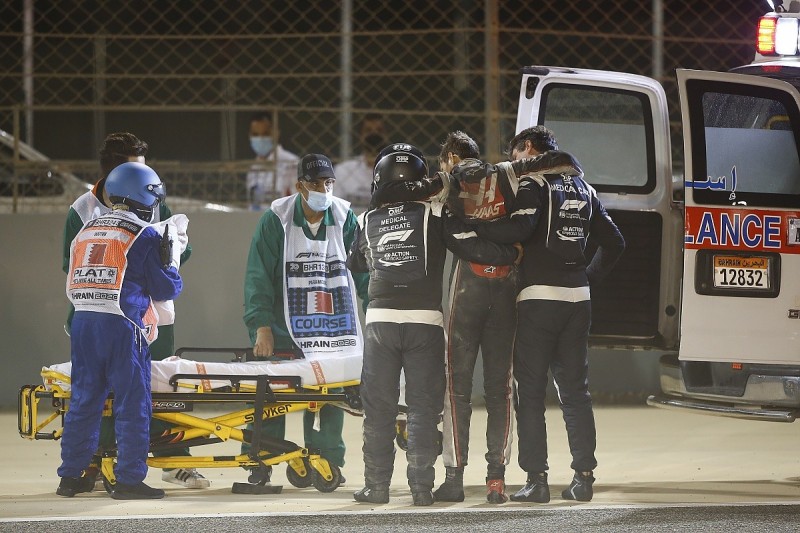 The overalls and other items that Grosjean wore in the crash will now be flown back to Alpinestars' headquarters in Italy for analysis at its laboratory.

There, the company's scientists will hope to better understand what the overalls were put through - in terms of both heat and direct flame - and see if there are any pointers about where things can be improved in the future.

"I know Haas are working with us on that as well, and giving us as much detail as they can," added Hillard. "And it really is just a case of learning as much as possible about it, looking at the integrity of the equipment.

"We've been in touch with Romain and we've been getting his first impression, which we're collecting at the moment, and we're waiting for the gear to arrive so we can do our complete analysis on the performance.

"In these instances, what is super valuable is getting direct feedback from Romain about what he felt and how we felt it. And he's working in with us. The common goal is to make things better moving forward."

But ultimately, says Hillard, Alpinestars has taken huge pride in knowing that its efforts to make its products as safe as possible fully justified themselves on Sunday in Bahrain.