Christian Horner believes there is currently one-tenth of a second separating Formula 1 title rivals Red Bull and Mercedes’ outright performance as both prepare for the championship run-in.

Hamilton qualified less than 0.04 seconds off Verstappen’s pole time on Saturday, and managed to hang within a couple of second of the Dutchman for a lot of the race, keeping the pressure on.

It marked Red Bull’s seventh win in the last nine races. Mercedes has scored just one victory in the same period, coming at the British Grand Prix in July following Hamilton and Verstappen’s first-lap clash.

Hamilton said after the race that Red Bull appeared to be “a step ahead” at the moment, but rival team boss Horner felt it was still “massively tight” with Mercedes.

“[We’re] qualifying within a tenth,” Horner said after Sunday’s race at Zandvoort.

“We seem to have a tenth, maybe two-tenth advantage in the race I would say at this venue.

“So we need to make sure we grab every opportunity. Today we did that, under massive pressure but it was great to get our eighth win of the year.”

Mercedes F1 chief Toto Wolff agreed the margins with Red Bull were fine, pointing to the fact that Verstappen, Hamilton and the second Mercedes driver, Valtteri Bottas, were the only three to finish on the leap lap at Zandvoort. 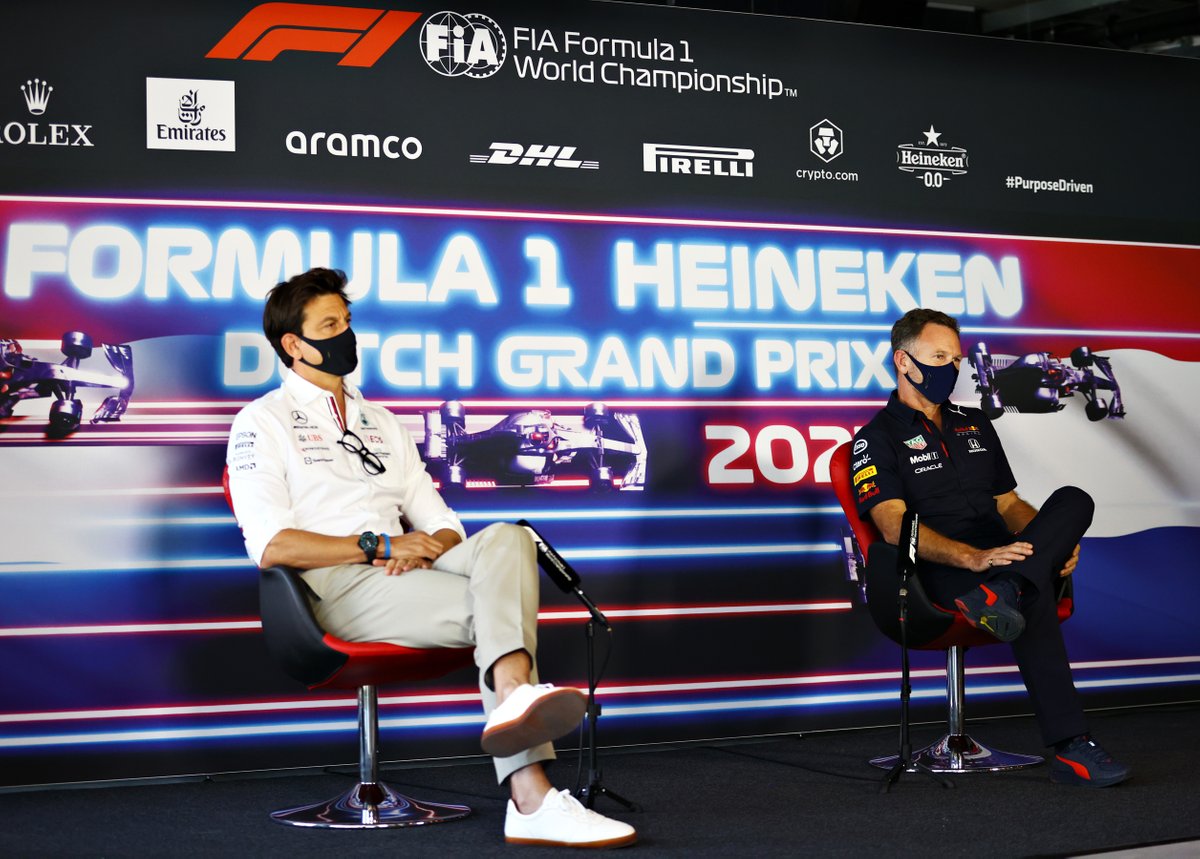 “You can see between the teams, there is just nothing in-between,” Wolff said.

“The first three cars lapped everybody else, and that shows the level that is necessary to deploy in order to win these championships.”

Wolff thought the advantage between Red Bull and Mercedes would swing back and forth “circuit by circuit” through the remainder of the year.

“We just need to be on our A-game all the time,” Wolff said.

“And with these little lapses [at Zandvoort], with not being able to complete FP2 in a proper way, as a starting point, and then in the execution of the race itself, we just need to be… it needs the A-game to win the A-championship.”