1996 Formula 1 world champion Damon Hill believes Lewis Hamilton would thrive off an open challenge for his eighth world championship in 2022, preferring to break the record “fighting everybody”.

Hamilton missed out on his eighth title last year after being overtaken by Red Bull rival Max Verstappen on the last lap of the Abu Dhabi season finale in controversial circumstances.

Mercedes heads into this weekend’s season-opening Bahrain Grand Prix uncertain of its ability to fight at the very front following a difficult second test in Bahrain, potentially leaving it behind Red Bull and Ferrari in the early pecking order.

Sky Sports F1 expert Hill pondered whether missing out on the eighth world title might have “relieved” Hamilton of any pressure surrounding the record, but was confident he’d thrive off an open battle for the championship.

“I put everything I could into winning it once, I could have had another stab probably, but I don't know if I could keep doing it year in year out, [for] seven world titles, eight world titles,” Hill said.

“It’s an enormous amount of pressure to put on yourself. There comes a point where people think they don't want the pressure. But I still think Lewis is hungry.

“I think he really, really wants the eighth, but he would prefer to get it fighting everybody than having it on a plate with a better car than everyone else with not much competition.” 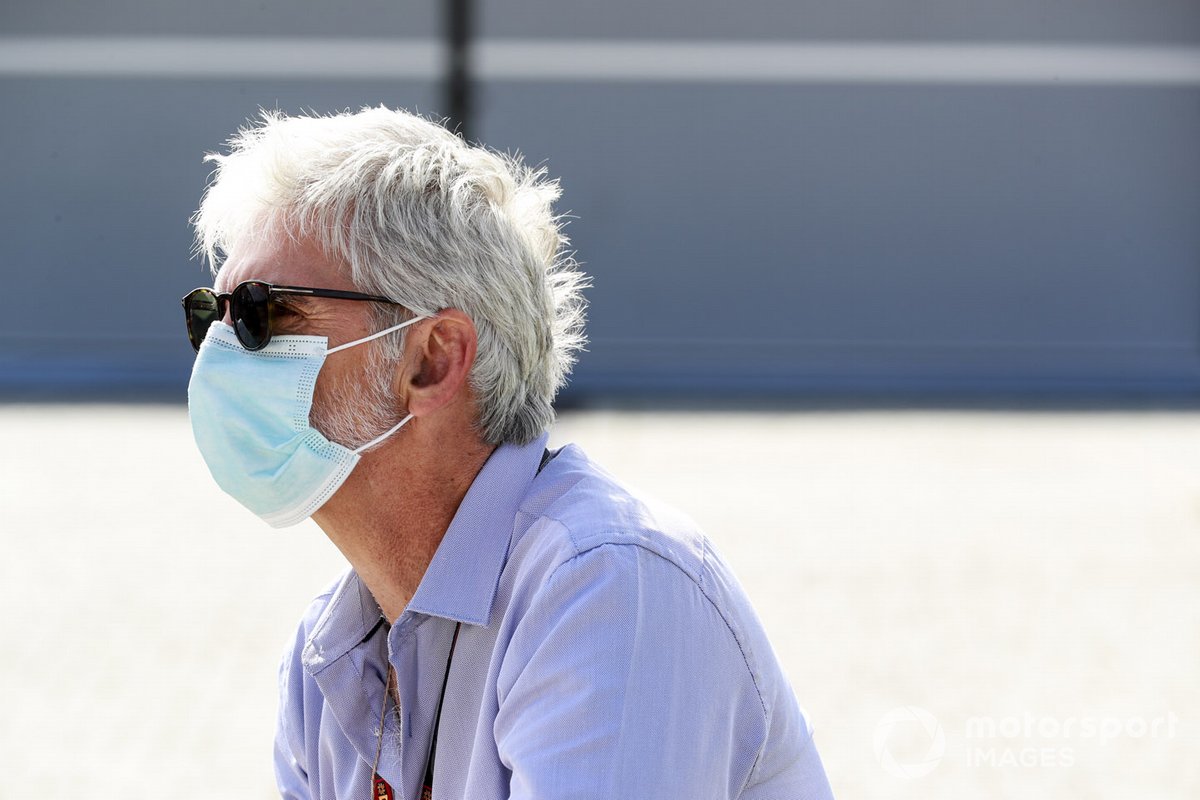 Hamilton became the first driver to surpass 100 grand prix victories last year, but faced a season-long battle against Verstappen and Red Bull in one of the most dramatic title fights in recent F1 history.

2022 is likely to see Verstappen again factor in the battle at the front, while Ferrari duo Charles Leclerc and Carlos Sainz Jr, plus Hamilton’s new Mercedes team-mate, George Russell, all hope to be in the hunt for wins under F1’s overhaul regulations.

Asked if he thought 2022 could be Hamilton’s toughest year yet, Hill said he “can’t imagine it being tougher than it was last year”.

“Last year was amazingly stressful from beginning to end, in terms of the competition,” Hill said. “What may be more difficult is he has a fast team-mate, a new guy to get to know. And I'm sure that George will be wanting to compare favourably and also to take a few scalps, I think, is fair expression to use.

“But I'm sure Lewis wouldn't expect him to do anything else. So within the team, he’s got an unknown and a bit more competition. And the regulations may throw up a surprise, they may have to fight

“But as he said also, he totally has faith in Mercedes as a team that will do whatever it takes to provide him with the car he needs to win again.

“So I think he relishes a challenge, it seems to me, that seems to motivate him more.”

Watch every race of the 2022 F1 season exclusively live on Sky Sports F1 and NOW TV.