Damon Hill believes it could soon become “very difficult” for Ferrari to recover against Max Verstappen and Red Bull, leaving the Formula 1 title fight at a “critical tipping point”.

Verstappen has won six of the last eight races, helping him to open up a 46-point lead at the top of the drivers’ championship over Red Bull team-mate Sergio Perez.

The turnaround for Verstappen and Red Bull in the title race has been drastic. After the first three races of the year, Verstappen sat 46 points behind Ferrari’s Charles Leclerc, who is now 49 off the lead to mark a 95-point swing in six races.

Speaking ahead of this weekend’s British Grand Prix at Silverstone, 1996 world champion and Sky Sports F1 pundit Hill said we were “at the fulcrum” and “the tipping point” in the championship fight.

“It depends which way it starts to go,” Hill said. “If it starts going more to Max, it's going to be very, very, very difficult for Ferrari to recover from that.

Leclerc has failed to record a podium finish since the Miami Grand Prix at the start of May, twice retiring from the lead of a race since then. He also missed out on a possible win in Monaco due to a strategy miscue and some bad luck with traffic, causing him to lose ground.

Perez was able to draw close in the standings by winning in Monaco and finishing second in Azerbaijan, only for a retirement in Canada to cost him ground. 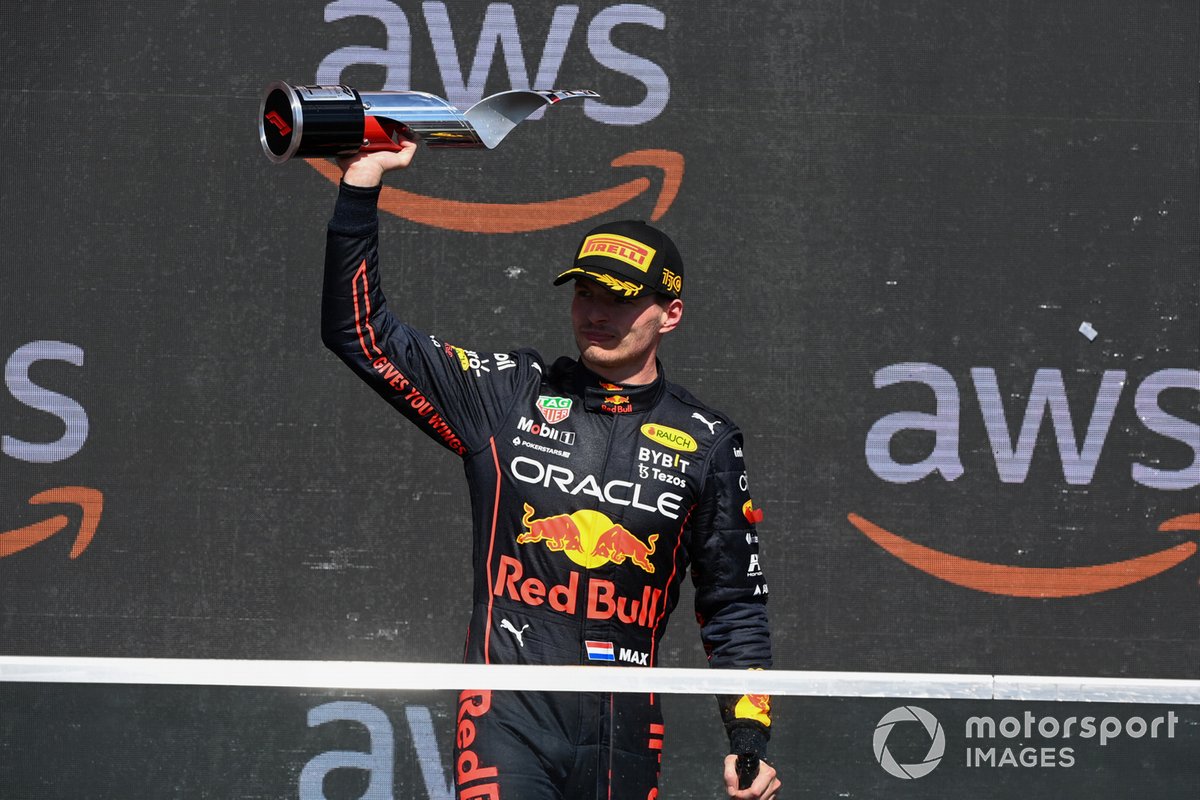 Hill thought Ferrari had “made some errors with strategy” and “a few driver hiccups” had not helped, leaving the team in need of a dominant weekend to strike back against Red Bull.

“You've got to have a strong weekend,” Hill said. “Either the car has been strong or it hasn't. They haven't yet really done a very strong dominant race weekend without things going wrong, whether it's strategy or just sheer pace or mechanical failure.

“So I would think they're feeling the pressure now from Red Bull.”

Verstappen managed to soak up pressure from Ferrari’s Carlos Sainz through the closing stages in Canada to secure his sixth win of the season, capitalising on Perez’s retirement and Leclerc’s grid penalty that meant he could only recover to fifth.

“I got the sense after Canada they'd done something to Max's car to make him happier with it,” Hill said.

“He looked totally at ease. So we might not get the strong finish that we had last year, but I wouldn't rule it out completely. Strange things happen in our sport, things do change.

“There's a little bit of a battle, as you know, going on about making modifications regarding the ride of the cars. And I think some teams are keen to try and maintain the status quo and other teams want to see an opportunity perhaps to fix their problems.

“A mid-season rule change or directive from the FIA is not entirely impossible, which might make a difference.”

Watch Damon Hill live at Silverstone on Sky Sports F1 this weekend on Sunday from 1.30pm.