After two collisions in the early part of the 2016 season, Wolff threatened to bench both drivers if they caused a third, and there was further controversy at the season finale in Abu Dhabi, where Hamilton repeatedly refused team instructions to speed up after driving deliberately slowly to back Rosberg into the chasing pack.

Following Rosberg's shock retirement after winning the 2016 championship, Hamilton met with Wolff at his team boss's Oxfordshire home to clear the air, which Wolff felt was crucial in helping Hamilton return to his best form for this season's title fight with Ferrari and Sebastian Vettel.

"If you are at the office and your boss doesn't want you there it's going to be a shit environment, isn't it? You want to work there but you [also] don't," Hamilton explained.

"That's just negativity drawing away from what you're great at.

"That meeting was really important to reset things, so when I arrive and the guys know I'm going to be giving it everything, they work that extra bit harder, and vice versa.

"If there's any negativity or question, it can only hold us back, so it was almost a purification of the relationship, and a re-start of the solid foundation we had already built years ago." 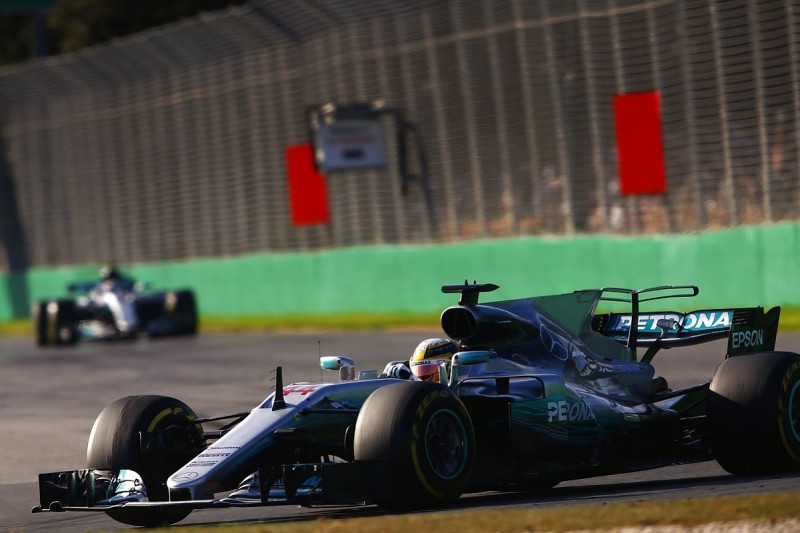 Hamilton became the natural reference point for Mercedes at the start of 2017, given team-mate Valtteri Bottas's relative inexperience and the fact Hamilton has been with the team since 2013, but Hamilton does not view himself as Mercedes team leader.

"I don't look at myself as the leader of the team - I believe I am a small link in a long chain," Hamilton added.

"We all play a key link. The key is making the link as strong as it can be and that's what we have managed to do this year."

The Ferrari that started the Schumacher F1-dominance era