Mercedes is to bring Lewis Hamilton’s more powerful Brazil engine back in to play for Formula 1’s Saudi Arabian Grand Prix in a bid to help his title push.

The British driver closed to within eight points of rival Max Verstappen at the Qatar GP last weekend after taking a dominant win from pole position.

And with the high-speed Saudi layout already expected to favour the Mercedes car, the Brackley-based squad has confirmed that it will unleash Hamilton’s best power unit for the encounter.

The engine is the new one that Hamilton used at the Brazilian Grand Prix, with it able to run at higher power settings because it is so fresh and does not have to last the normal duration of other power units.

“We’ve seen pretty big swings of performance over the recent races, [but] if we look at the track in Saudi, I think it should suit us,” he said.

“For Lewis, we have got the more powerful engine to go in the car, so that’s going to give him a useful engine.”

Team boss Toto Wolff agreed that Saudi should be better for his team’s car, especially with the engine situation.

“In Saudi it should be a good track for us but we know this year, when we think it is a good one, it can turn the other way around,” he told Sky.

“But it is long straights and we will get our spicy equipment out, the engine, for Saudi Arabia.

"Hopefully Valtteri [Bottas] can be right up there because we need him, but in any case if everybody finishes the race it is going to Abu Dhabi.” 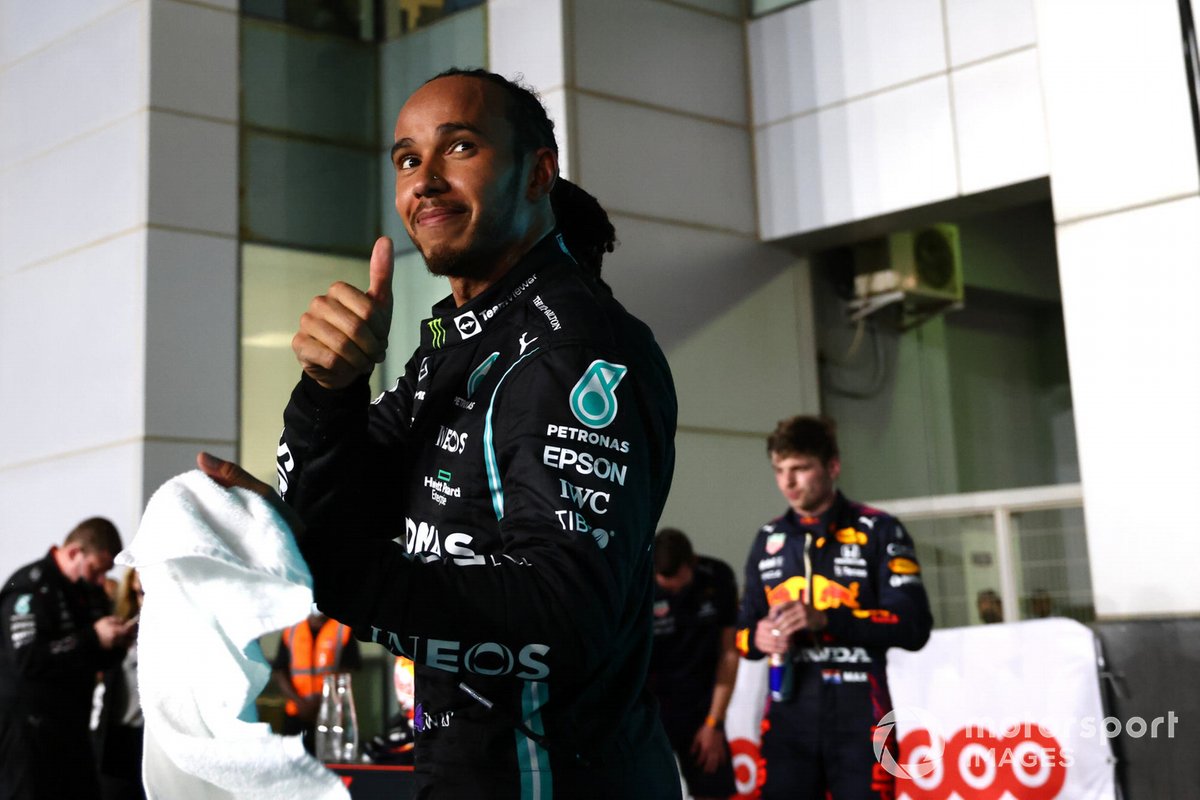 Shovlin explained that Mercedes elected not to run the more powerful engine in Qatar because the gains to be had from it were not as great at Losail because of the lack of straights.

“There are two [power units] that we are racing,” he said.

“Here we had the less powerful of the two in the car, due to the nature of the circuit. So that side of it is in a good place at the moment.”

But despite the confidence that comes from the fresher engine, Shovlin is mindful that Mercedes cannot get complacent and automatically expect the Saudi weekend to come to the team.

“The track should suit the car, but then we would have probably said in Austin that we would have felt that we should be able to put together a decent set-up and take the fight to Red Bull, and they had a bit of an edge there,” he explained.

“So we’re always cautious to go to a race thinking that it’s all going to go our way.

"What we do know though are the things we’ve got to get right on the set-up, what we need to get right on the tyres and how they’re working, and that’s what we’re going to be busy doing over the next few days, making sure we’re taking every possible opportunity to arrive there in good shape.

“With a new circuit, arriving in good shape is such a big thing from the learning curve, if you’ve got a good car to start with, you can just improve it from there.”