Formula 1 world champion Lewis Hamilton has called on social media companies to do more to fight racism across their platforms ahead of a sports-wide boycott this weekend.

In a bid to combat continue racist abuse and discrimination online, English football clubs and leagues announced last week they would be taking part in a three-day social media blackout.

England’s cricket board, Premiership Rugby and the Lawn Tennis Association have today thrown their support behind the blackout, which lasts from Friday 30 April to 23:59 on Monday 3 May.

Hamilton has been F1’s leading voice to push for change through motorsport, combatting racism and improving diversity in the wake of last year’s protests and activism around the world.

His Mercedes team switched its cars to an all-black livery last year in a strong anti-racism message, and has embarked on plans to improve diversity within the team.

Asked about the social media blackouts taking place this weekend, Hamilton said that while he was yet to make any plans to join the boycott, he felt it was important that action was taken to clamp down on racist abuse.

“I think for me it’s clear, and clearly in this sport, it’s clear that racism continues to be an issue, and I think social media platforms do need to do more in order to combat this,” Hamilton said.

“So I’m fully supportive of the initiative. If me also doing it helps put pressure on those platforms to help fight against it, then for sure, I’m happy to do so.” 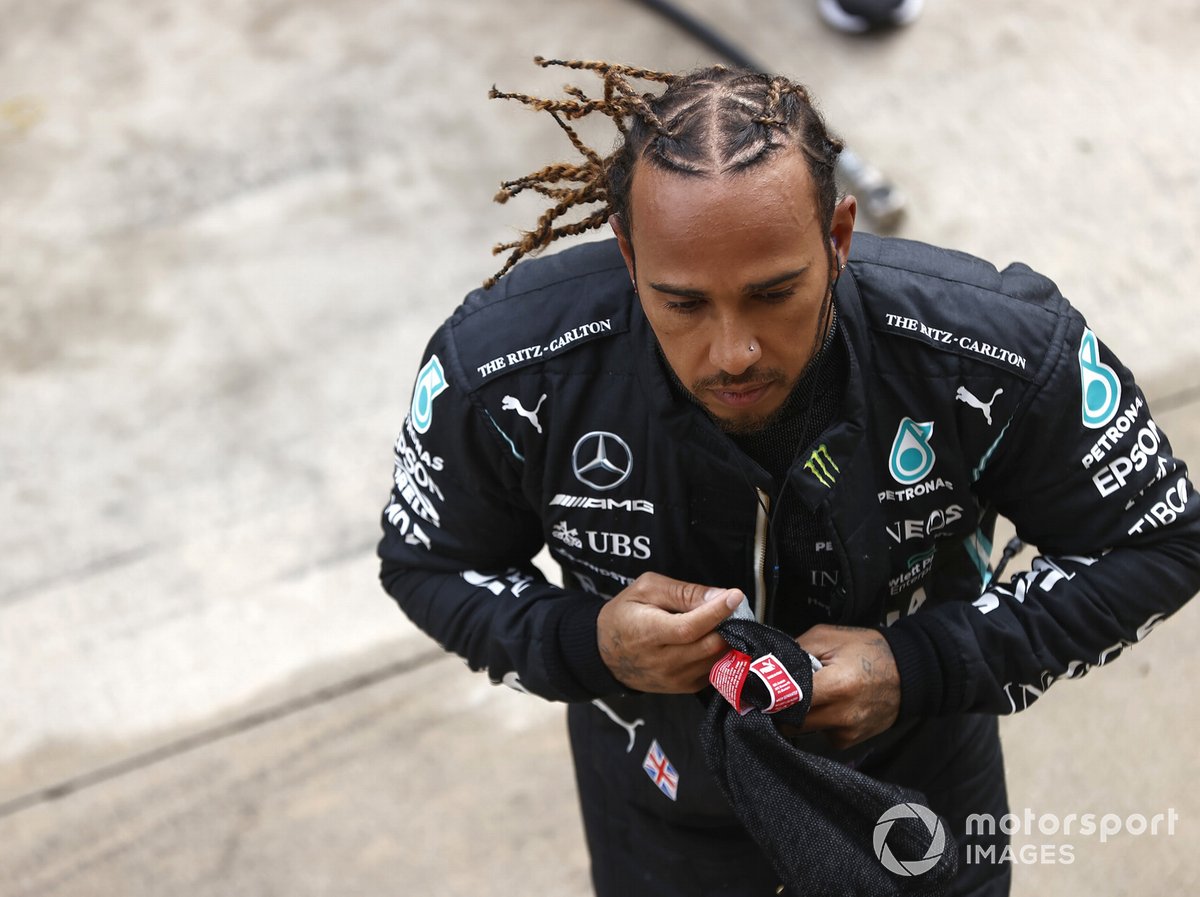 Hamilton was subject to racist abuse in the early part of his F1 career, and wrote last year that “nothing was said or done” by the series’ former leadership to combat this.

The seven-time F1 world champion said on Thursday that he had faced racist abuse via social media in the past, but learned to take a step back from the platforms.

“I was subject to abuse a long, long time ago, at a time when I was younger, when I was reading social media, reading like many people do, trying to engage with people,” Hamilton said.

“But there was a period of time where I had to understand that firstly you can’t read every comment that’s on there, and you can’t take it personally. If you let those things get to you, then they can ruin your day.

“I do believe that social media companies need to do more. There’s algorithms, there’s things they’re able to see, they’re able to take steps to help and create more of an anti-racist society. That’s what we’ve got to be pushing towards.

“I don’t know all the details, but I’m really proud to hear that there are so many organisations getting involved.

“I’m not sure why Formula 1 is not part of that, but I hope people like Sky are for example. So as I said, I think I probably will follow and support this weekend.”