Hamilton: Nothing Mercedes could do to fight Verstappen for French GP win

Lewis Hamilton feels he stood no chance of keeping up with Max Verstappen to fight for Formula 1 victory in France due to Red Bull’s straightline speed advantage.

Mercedes arrived at Paul Ricard hoping to take a step forward to compete with Red Bull and Ferrari at the front of the pack, only to finish eight-tenths of a second off pole position on Saturday.

But Hamilton made a good start to rise from fourth to third before then taking second place when Ferrari’s Charles Leclerc crashed out while leading, sparking a safety car period.

It left Hamilton behind race leader Verstappen on-track with a fresher set of hard tyres, but the Briton was unable to get in the fight against his 2021 title rival, eventually finishing 10 seconds behind.

Asked by Autosport after the race if he had any hope of keeping up with Verstappen, Hamilton said the Red Bull driver was “just so fast” and that he could only stay with him for a couple of laps.

“Literally I’m full gas down the straight and he's pulling away,” Hamilton said.

“One of the biggest deficits was the straight line today. So if you’re losing four-tenths, whatever it is, three-tenths, on the straight, there’s nothing you can do about that.

“So we've got to work to improve that for the future. And I'm sure there's a couple other places that we could be better.

“But yeah, if I pushed any more, maybe I wouldn't have seen the end of the race at the same position. 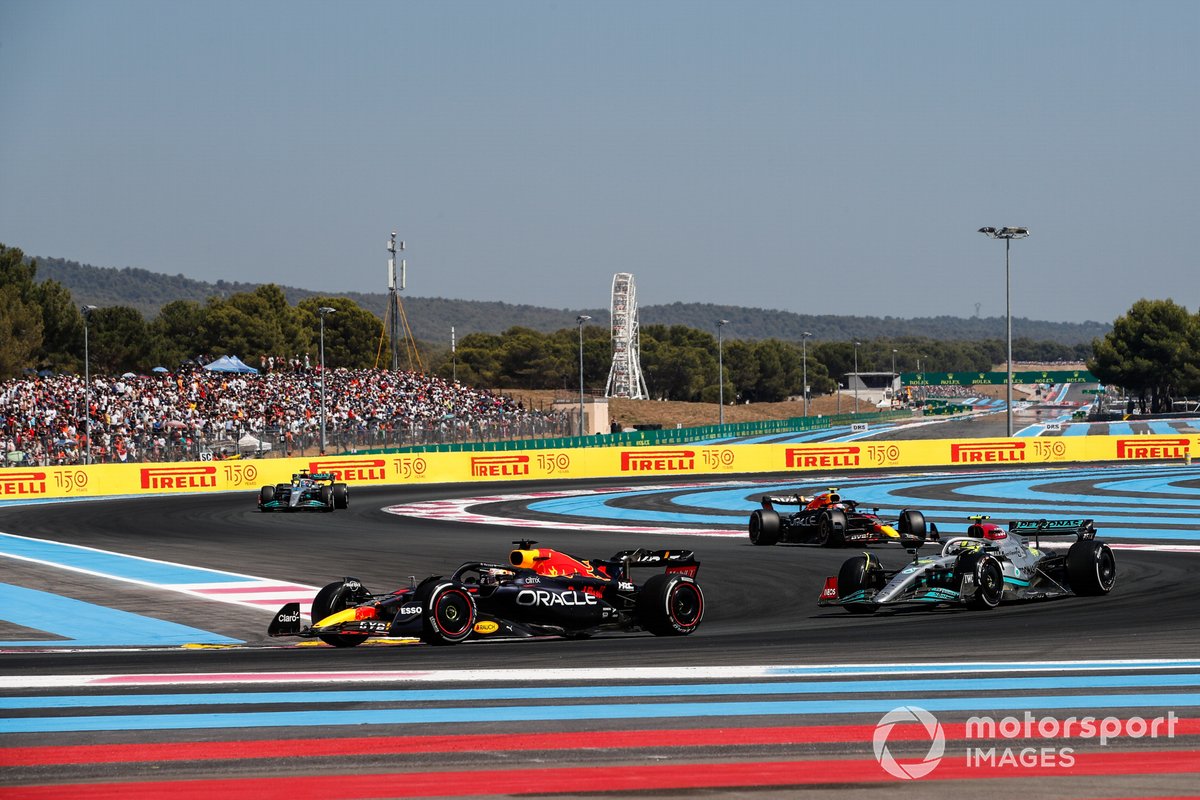 Second marked both Hamilton and Mercedes’ best result of the season so far, while George Russell finished third to mark the team’s first double-podium this year.

“I definitely don't think George and I expected to be second and third,” Hamilton said.

“This is the highest I’ve been all year. So this is a huge day for me overall, and [I’m] looking forward to taking this positive energy onto Budapest.”

Mercedes has now finished on the podium in each of the last five races, allowing it to close the gap to Ferrari for second place in the constructors’ standings to 44 points.

But Mercedes team principal Toto Wolff was wary to suggest the run of form was reflective of its performance right now, instead praising the job both Hamilton and Russell have managed in recent weeks.

“He’s just pushing very hard and maximising what's in the car. Faultless delivery. Clearly, both of them are outperforming the car at the moment.”