Toto Wolff says Lewis Hamilton is "not feeling great" and suffering from mild COVID-19 symptoms, but has no frustrations over the Formula 1 world champion's pre-Bahrain trip to Dubai

Mercedes F1 driver Hamilton tested positive for COVID-19 on Monday after feeling mild symptoms, ruling him out of this weekend's Sakhir Grand Prix.

Mercedes team principal Wolff did not believe Hamilton would spend much time following the on-track action in Bahrain this weekend, saying his focus was on recovering.

"His priority now is to get healthy," Wolff said.

"I'm not sure he's going to follow in detail what is happening on-track if you're in bed and not feeling great. Racing becomes a second priority."

Wolff said the first few days upon testing positive for COVID-19 were "critical", but that his symptoms were "relatively mild".

Hamilton is thought to have contracted the virus during a trip to Dubai ahead of last weekend's race in Bahrain to spend time with family, all of whom had tested negative.

Asked if Hamilton had permission to be in Dubai and if he felt any frustration not to have Mercedes' star driver racing, Wolff said it was down to bad luck given the precautions the British driver had been taking.

"Lewis doesn't need to have any permission," Wolff said.

"He rides anything he wants, he jumps out of any airplane he wants, because he knows best what is good for him. He is a grown-up man, and this was never an issue. 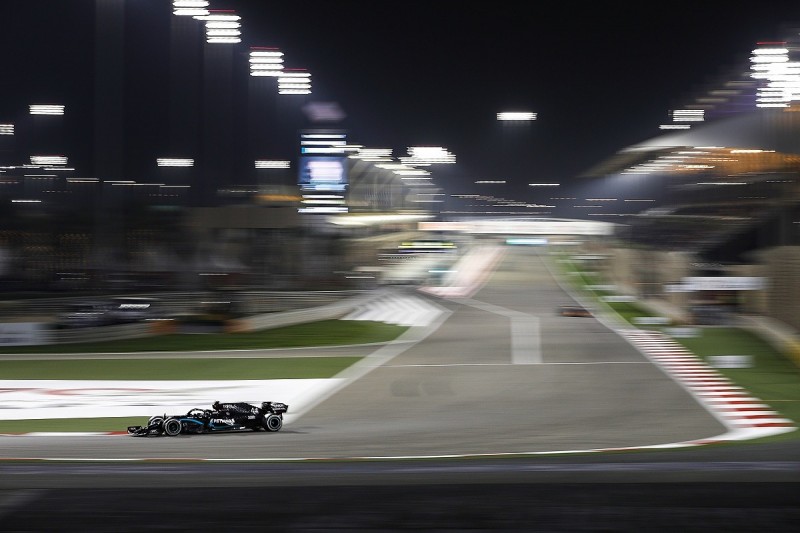 "I think contracting COVID-19 is something that we are all not very sure where you get it. If you ask Mario [Isola] where he got it, he is probably not going to know where, and it's just unfortunate.

"He was protecting himself a lot, and then you go to Dubai, wear your mask all the time and come back with corona. These things happen."

Hamilton is required to self-isolate for 10 days in Bahrain, making it unclear whether he will be able to race in next weekend's Abu Dhabi season finale.

While Wolff felt it was "perfectly feasible" for Hamilton to return in time for next weekend at the Yas Marina Circuit, he said it was unclear when a negative test result would be returned.

"It would be a very positive development [for Hamilton to return]," Wolff said.

"Nevertheless, you need to look at the situation anyway, because there are many athletes in sports, people out there that have tested positive for a long time after any symptoms and after they've been in any way infectious.

"This is something the FIA needs to look into anyway."

Hamilton's positive diagnosis for COVID-19 comes at a time when he was planning to sit down with Wolff to discuss terms for a new Mercedes F1 contract, with his existing deal expiring at the end of the year. 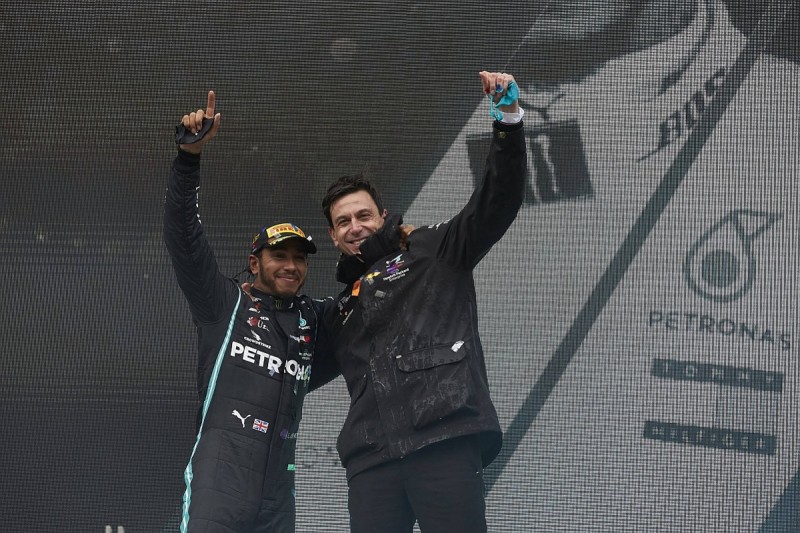 Asked by Autosport how Hamilton's positive test would slow down talks, Wolff said they would remain on hold until he was fully fit.

"The timeline is being pushed back until he recovers," Wolff said. "We know that we need to get it done, pretty well aware both of us.

"The priority now is him getting back on his feet and being back negative, and then we will meet or Zoom in order to put pen to paper."