Hamilton: I wasn't defeatist with Spanish GP call to save Mercedes F1 engine

Lewis Hamilton says he was not being defeatist in his suggestion to retire and save the engine on his Mercedes Formula 1 car in Barcelona after clashing with Kevin Magnussen.

Hamilton started the Spanish Grand Prix from sixth place on the grid but dropped to the rear of the field after contact on the opening lap with Magnussen at Turn 4 forced him into a pitstop.

Soon after returning to the track in 19th place, Hamilton radioed Mercedes engineer Pete Bonnington to suggest that the team should save the engine on his car. Bonnington told Hamilton that the team’s predictions suggested a finish of eighth or better might be possible, so to continue.

Hamilton ultimately finished the race in fifth place after a series of impressive stints, having only lost fourth to Carlos Sainz due to a water leak in the closing stages.

He explained his uncertainty about having to “use a whole engine to drive around in last or out of the top 15, and at one point we might have to take a penalty or something like that”. 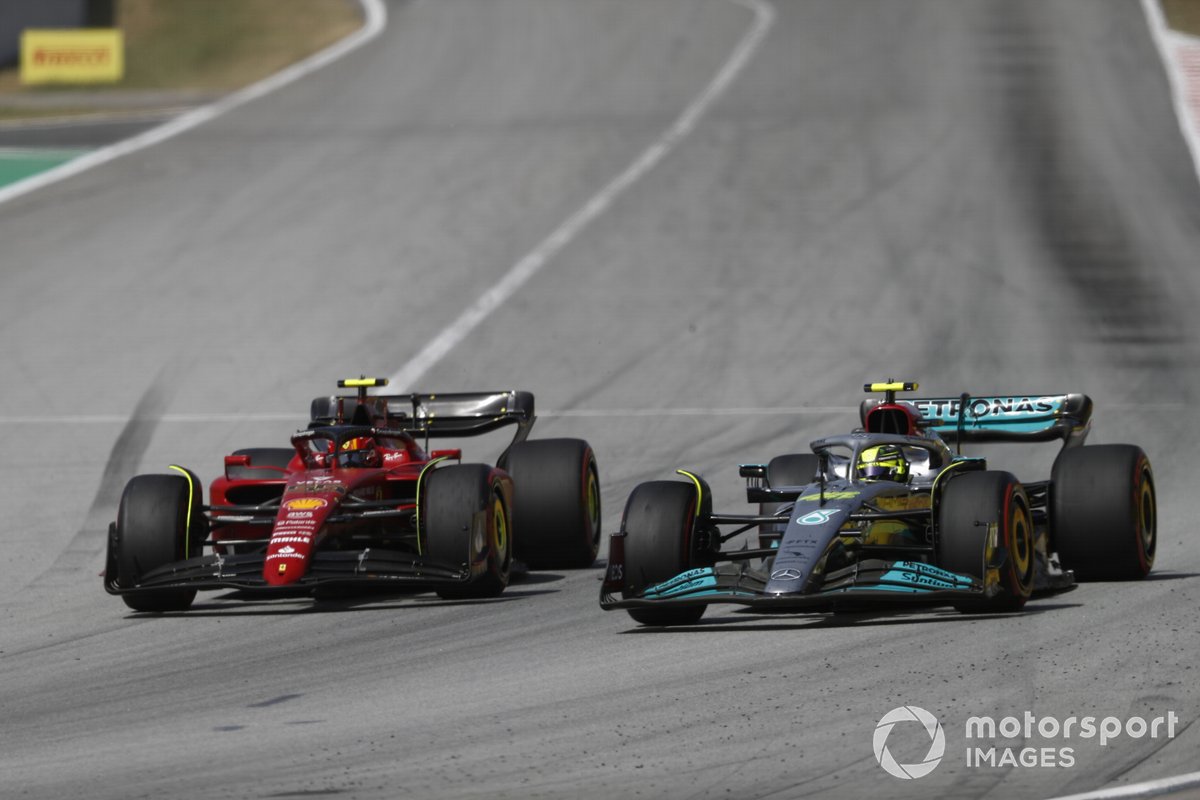 Hamilton also cited his struggles to fight back into the top 10 in Jeddah after dropping out in Q1 as showing how difficult it can sometimes be to make up positions.

“I don’t know if reliability is an issue,” Hamilton said. “We’ve already seen today at the end there was something. I was like, we might as well just save the engine so we live to fight another day.

“But I’m glad we didn’t, and it just shows you never stop, you never give up, and that’s what I did.”

Hamilton’s recovery helped give him greater confidence that Mercedes has made a significant step forward with its W13 car after bringing a raft of updates to Barcelona, aimed at easing its porpoising issue that has blighted its form so far this year.

The seven-time world champion felt the breakthrough was a good step forward to take after a difficult period that has included a few unfortunate moments in the early part of the season.

“Since the last race of the year, it’s been difficult all round,” Hamilton said. “To then have the difficulties that we had with the car, to have constant knock backs with certain issues, safety cars and all sort of things, [there has] just not really [been] much fortune.

“But [we] just keep getting back on the horse, and keep pushing, and never giving up. To start the race today positive, and then have that problem [at the start] but then to come back, it felt a lot like some of the olden days, older races that I’ve done.

“That for me feels amazing.”

On Monday evening, to reinforce his enthusiasm, he tweeted: