Bottas let Hamilton through on lap 43 of the 70-lap race as they closed on the leading Ferraris, which were slow due to Sebastian Vettel battling a steering problem.

When asking to be let through to attack Kimi Raikkonen, Hamilton offered to let Bottas back ahead if he could not overtake the Ferrari, and he stuck to that promise on the final lap despite Bottas falling back and being caught by Max Verstappen.

"Hopefully the way I drove today, and how I behaved at the end, shows that I am a team player and a man of my word," Hamilton told TV crews after the race.

"Slowing down seven seconds was tough and I was nervous about losing a place to Verstappen but fortunately I didn't.

"It's tough in the championship but I'm a man of my word.

"I hope we don't lose the world championship by anything more than three points."

Bottas said he was worried he would not get the place back when he fell so far behind Hamilton, so he was grateful to his team-mate for sticking to the agreement.

"When the gap was big I knew it could be a problem but in the end it was OK," said the Finn.

"Not every team-mate would give the swap back if you are running for a podium place. 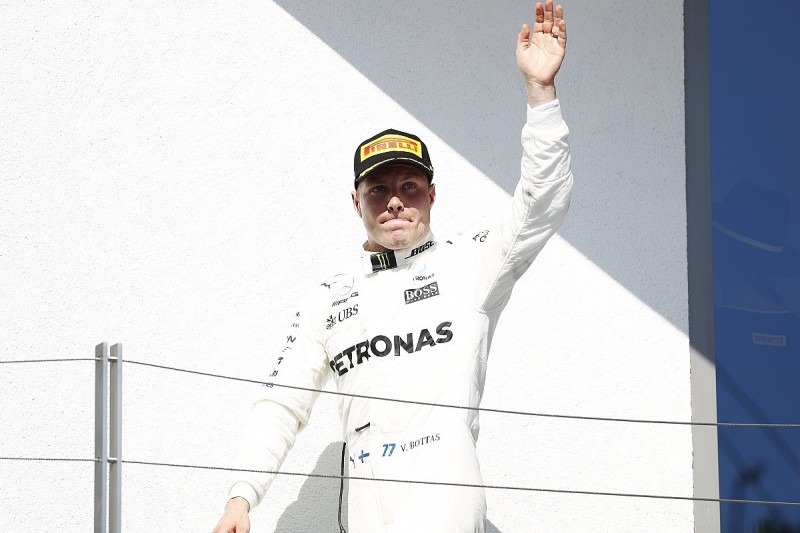 "In the end I was getting a little bit worried, I struggled with backmarkers today, but thanks to Lewis for keeping the promise and letting me by because I gave him the shot to get past the Ferraris.

"The team promised that if I let him go we would swap back if he couldn't make it, and I am thankful we swapped again."

Hamilton said that without Mercedes' radio problems in the race, which prevented him from talking to the team at times, he could have tried a different strategy or got past Bottas sooner to attack the Ferraris.

"I had really good pace, but I didn't have radio so I couldn't tell them 'my tyres are good, let me continue'," he said.

"If I'd stayed out, another five or 10 laps, I could have had the chance to attack and overtake the Ferraris maybe.

"Then I got stuck behind Valtteri, and I lost a lot of time behind him.

"I couldn't tell the team I had so much pace, but they could see it, and they didn't act initially.

"Anyway, he let me by, but I couldn't overtake [Raikkonen] and then I tried to do the right thing at the end."

Hamilton heads into F1's summer break trailing Vettel by 14 points, with Bottas another 19 back, third in the standings.