Lewis Hamilton says being asked to decide on Formula 1 strategy sometimes “feels like you’re gambling” after an “unfortunate” situation in the Miami Grand Prix.

After slipping back to eighth on the opening lap, Hamilton managed to recover to sixth in the opening stint, and was closing on Alfa Romeo’s Valtteri Bottas for net P5 when the safety car came out with 17 laps remaining.

The safety car played into the hands of Hamilton’s Mercedes team-mate, George Russell, who had stayed out long on the hard compound tyre.

It meant Russell could come back out directly behind Bottas and Hamilton with fresh medium tyres.

Under the safety car, Hamilton was asked by race engineer Pete Bonnington about his tyre life.

Although both Bonnington and Mercedes strategy director James Vowles advised Hamilton to stay out, they said they would “leave it to your decision”.

“You tell me man, Don’t leave it to me," Hamilton replied.

The team opted to keep Hamilton out on his set of old hards, leaving him vulnerable to Russell behind.

Asked about the debate over pitting under the safety car, Hamilton said: “When you're out there, you don't have all the information.

“You don't know where everyone is and where you don't have the picture that they have on the screen.

“So when you're given the responsibility to make a decision, it feels like you're gambling and I don't like that.

“I was like, you guys make the decision. But either way, we were just unfortunate.” 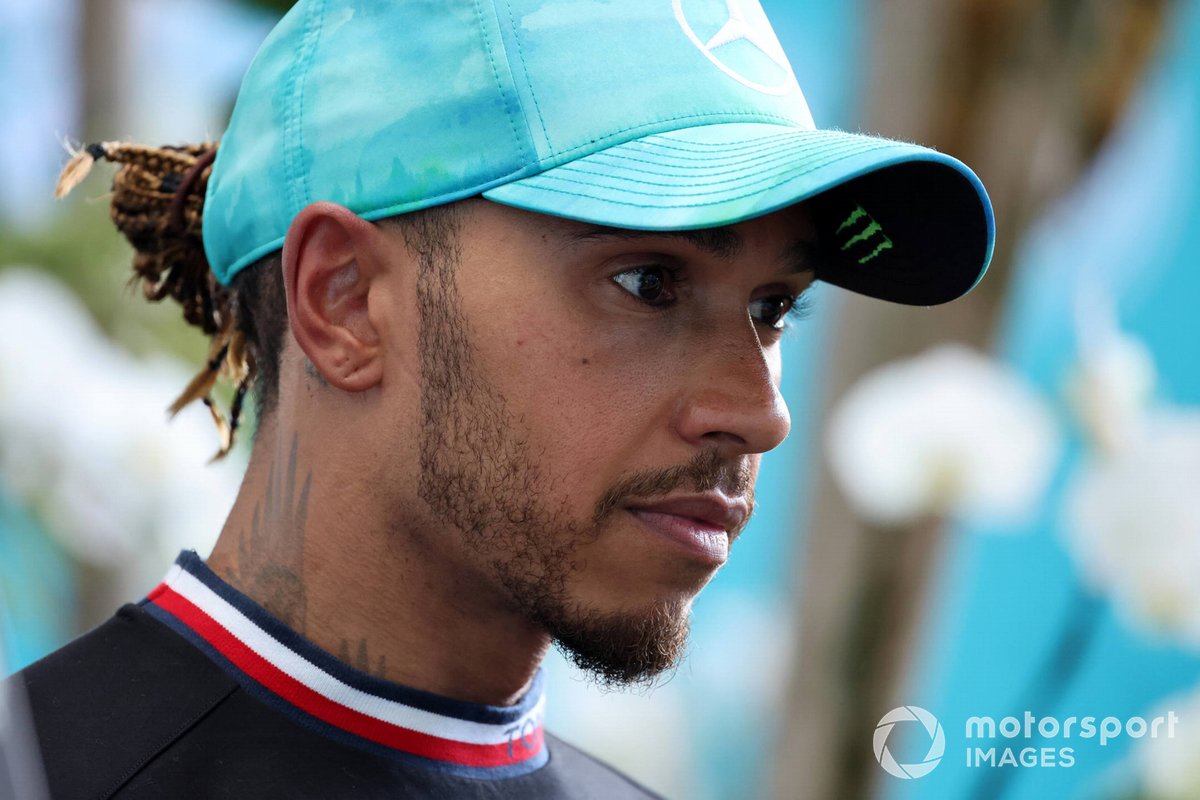 Hamilton ultimately stayed out and finished the race sixth, losing a position to Russell but picking up a place after Bottas ran wide at Turn 17 in the closing laps.

Hamilton said he was “waiting” for a change in fortune, having also lost out as a result of the safety car in Australia and the Virtual Safety Car in Saudi Arabia.

“Until then, I’ll keep working as hard as I can, and working with the team,” Hamilton said. “We got some good points as a team today.”

Mercedes F1 chief Toto Wolff felt Hamilton was “between a rock and a hard place” when the safety car came out, acknowledging it “wasn't favourable for him and favourable for George”.

“George had a window, no one behind him, he was able to switch to a practically new medium,” Wolff explained.

“Lewis had to decide, do I keep the position on a hard or do I go on a soft, which would have also been tricky. It was probably a 50-50 decision, and in the end, it didn't work out for him.

“It's not the first time this season that he's been unlucky with the safety car.”

10 things we learned from the 2022 Miami Grand Prix

Rahal would “love” to give F1 star Vettel an IndyCar test