Lewis Hamilton says he will "absolutely keep my eye" on Max Verstappen and Red Bull's potential threat in Formula 1's 2020 title fight, warning Mercedes must "stay on our toes" 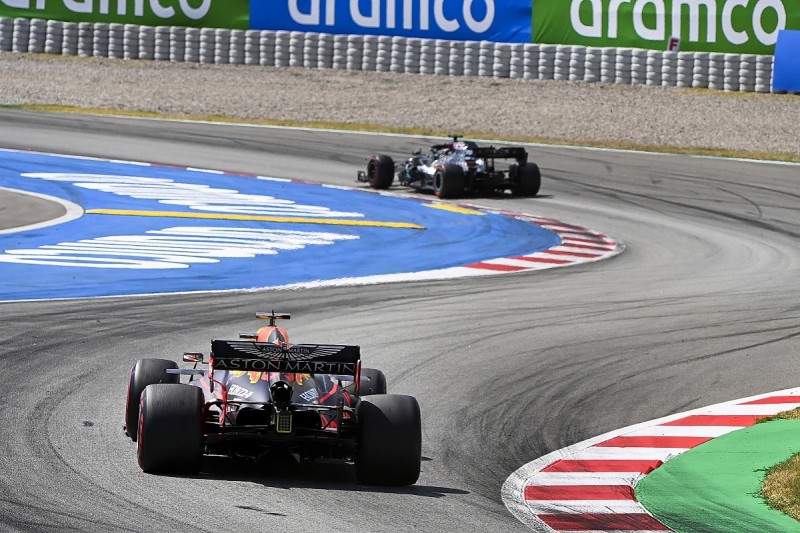