The American F1 team has shown greater consistency in 2018, challenging for fourth in the constructors' championship and avoiding the wild swings in performance seen previously.

Understanding how to get the best from the tricky Pirelli control tyres has been at the root of Haas's inconsistency, but Magnussen says hiring Hiroshi Tomitsuka has transformed the team's understanding.

"Obviously we have a better car this year, that's more consistent, and the aero is stronger in terms of consistency as well, but I think one of the biggest factors is the tyre guy we got," Magnussen said.

"Tomi-san is a really big addition to the team. The understanding of tyres and just managing that is a lot better this year, which is also adding to the consistency - more so than the outright pace.

"[The] Pirelli is a very complicated tyre, it's a difficult tyre to manage - not only from a driving point of view, but also in terms of setting the car up with temperatures in the rims, managing the race, and strategy-wise, switching the tyres on with the driving style on the out laps.

"There's a lot of science - you need someone with experience of tyres to try and understand the Pirellis, because it's not that easy to understand.

"It's certainly a massive advantage having someone to help you. With his experience with other tyre manufacturers it's easier to try and understand, you get there quicker.

"Every weekend it's a new Tarmac, it's different temperatures, it's different tyre compounds, different set-up on the car, so you have to re-learn every time, and the tyres behave differently, so having someone there with great experience who just has the kind of eye for tyres is a great help." 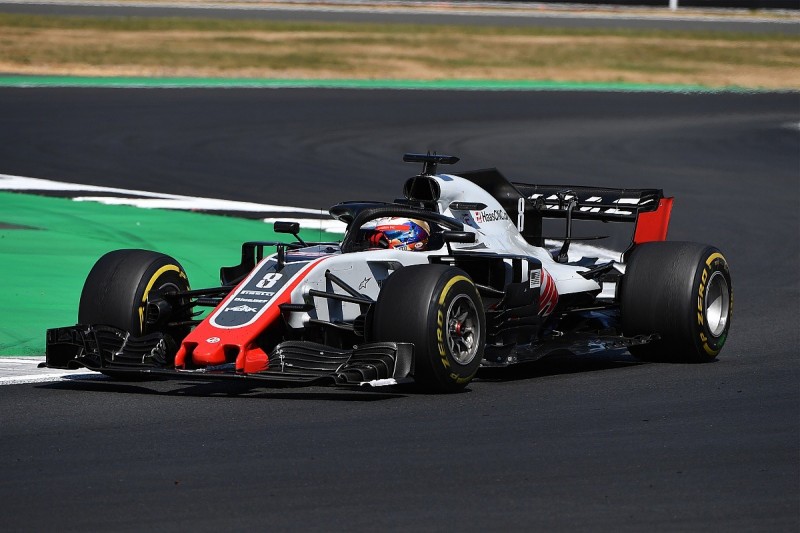 "Looking at the tyres he's knowing if they need to be hotter or colder," Grosjean said.

"It really helps us because the feeling when they're too cold or too hot is pretty much the same thing, so it's a very difficult thing to assess.

"He's still learning the Pirelli, which is a fairly different tyre from what he was working on [before] I believe, but he helps us a lot to put it in the window and to be fair that's what we do 80% of the weekend - just getting the tyres to work."

"He looks at a tyre and knows what he looks at," Steiner said.

"He knows was it too hot, was it too cold? "It's a big help for the guys, even if he can only confirm what they think mathematically."

How to turn things around at McLaren and Williams