Antonio Giovinazzi says he is not currently giving thought to options to race outside of Formula in 2022 as he bids to save his seat with Alfa Romeo.

Alfa Romeo is known to be weighing up replacing Giovinazzi for next season, considering a number of drivers to partner the incoming Valtteri Bottas from Mercedes.

Alpine junior and F2 title contender Guanyu Zhou is understood to be leading the chase for the seat, but no decision has yet been taken by the team.

Giovinazzi has reached Q3 in two of the last three grands prix, taking P7 on the grid for the races at Zandvoort and Monza. But he has failed to score any points since finishing 10th in Monaco at the end of May.

Asked by Autosport if he had given thought to other options if he were to lose his Alfa Romeo seat for 2022, Giovinazzi said he was not yet thinking about alternatives, placing full focus on keeping his drive.

"To be honest, for now, I want to focus to keep this seat in Formula 1," Giovinazzi said.

"Then if in the worst case, I would start to think about for next year. But for now, I just want to focus on my job here in F1, and try to keep my seat."

Giovinazzi was unsure about a timeline on a decision from Alfa Romeo about his future, saying it was "not a question for me" but instead one for his team principal, Frederic Vasseur.

"The only thing I can do is just drive and get to more points and I hope that will be enough," Giovinazzi said. 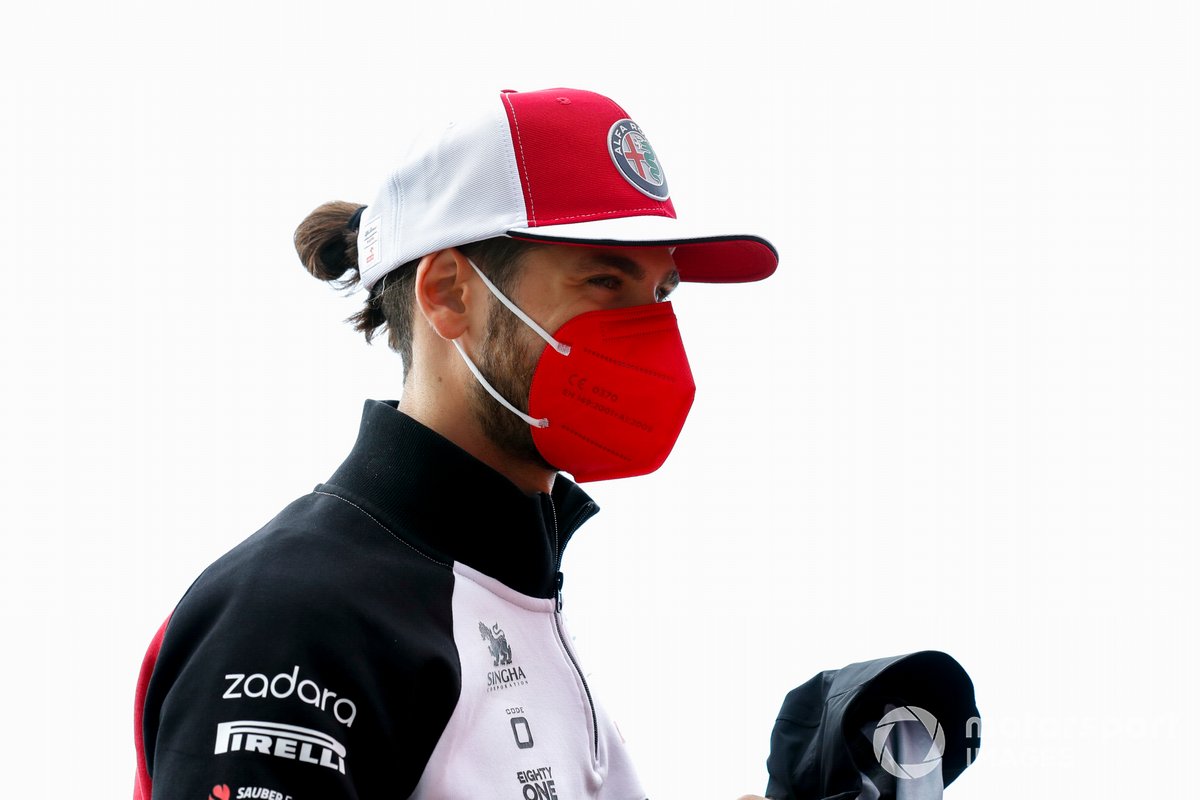 Giovinazzi made his F1 debut with the team under its previous Sauber guise in 2017, serving as a stand-in for the injured Pascal Wehrlein at the opening two races of the season.

The Italian then returned to the team full-time at the start of 2019, aided by his affiliation with Ferrari, which held control over one of the seats at the team.

But Ferrari no longer has a say in the second Alfa Romeo seat, with the manufacturer's F1 boss, Mattia Binotto, acknowledging at Monza that it "cannot influence the team decision".

Regarding alternative options for Giovinazzi within the Ferrari racing family for next year, Binotto said it was not something that had yet been discussed.

"I think a lot will depend on his willing, and what's Antonio's really interests for the future," Binotto said.

"But I think that the first step, for sure, to try to find a place and the seat in F1 for him, and it's where we are fully focused at the moment."