The Australian failed to make it out of Q2 at the Hungaroring when he was caught out by Lance Stroll's spin and worsening weather conditions.

That followed retirements for Ricciardo from two of the last three grand prix races with mechanical problems, which Red Bull driver says are leading to increasing frustration at the situation.

When asked if the post-Hungary summer break is arriving at a helpful time for him when luck is not going his way, Ricciardo said: "I think [it's] a good time.

"We had a triple header to try to get one [win], and now this double header and at least up until today it hasn't really turned around, or I've got any revenge so to speak.

"I need some time away from the car. I am growing frustrated with these problems, so probably it's healthy for me to have some time off."

Ricciardo explained that Stroll's spin, which broke the Williams driver's upgraded front wing, came on the first lap in the second qualifying segment that proved to be key to progressing to Q3 as the rain intensified later in the session.

"[In] Q2 the rain came, so the later you make the lap the worst it was going to be get," he said. "So that first lap was key and Stroll spun so I had to abort that lap.

"And that was it for the inter. You couldn't survive any more with the inter.

"We put the extreme on because we had no choice, but that was always going to be tough to get through with that. So, a bit unlucky." 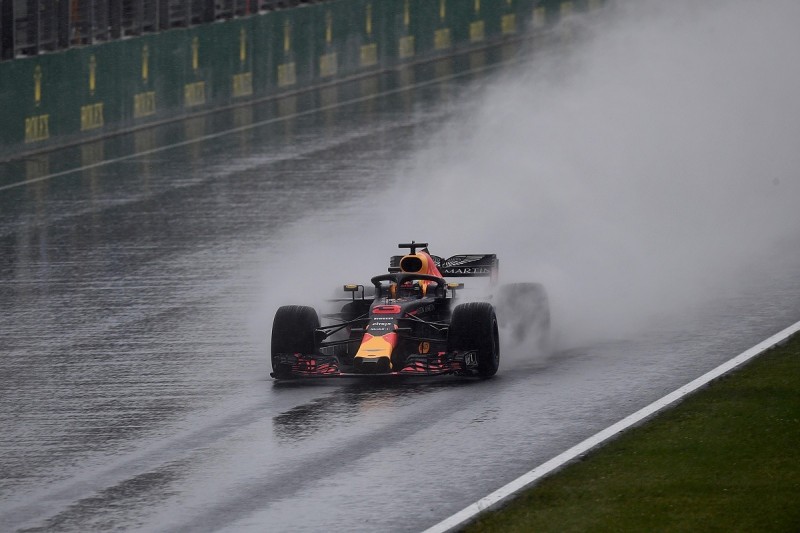 Ricciardo has failed to finish on the podium since his triumph in the Monaco Grand Prix in May, and he has no explanation as to why things have not gone his way since that event.

"I got Monaco, so I kind of joked that my year was done," he said. "But it has been a rough run since. I can't really get a break."

Red Bull had targeted winning in Hungary after its Monaco win, but after Ricciardo's Q2 exit and his team-mate Max Verstappen qualifying seventh it faces a difficult battle to beat Mercedes and Ferrari on Sunday.

But Ricciardo, encouraged by Lewis Hamilton's rise from 14th on the grid to win the recent German Grand Prix, is still hopeful of securing a good result.

"We can still do it," he said. "[But] we need some of Hamilton's magic from last week."