Lando Norris says he feels more comfortable qualifying his McLaren Formula 1 car than when he was racing in Formula 2, which he has described as "much harder physically"

The F1 rookie has been one of the stars of the 2019 season since qualifying inside the top 10 on his grand prix debut in Australia.

Norris has started in the top 10 in eight of 10 races so far, and has beaten experienced team-mate Carlos Sainz Jr six times across the nine comparable qualifying sessions they have contested.

Asked by Autosport what he put his strong F1 qualifying form down to compared to F2, Norris said: "I feel more confident in this car, in Formula 1.

"Not just because I've done well, but even at the very start of the season.

"It was very hard to put a lap together but I still felt more comfortable in this car than last year, in F1 compared to F2.

"Not because it's easy or anything, but I just have a better feeling for it.

"I think a bit of it is that, I feel more confident in the car, I have a better idea for the limits and to always be on that limit.

"And then a combination of working with the team and preparing a lot for this year.

"Knowing myself, I didn't do the best job last year and I'm working on that area.

"I'm sure like everyone else I'm not always the happiest if I don't do a good job in quali or the race or whatever, so I think beating myself up sometimes makes me work harder." 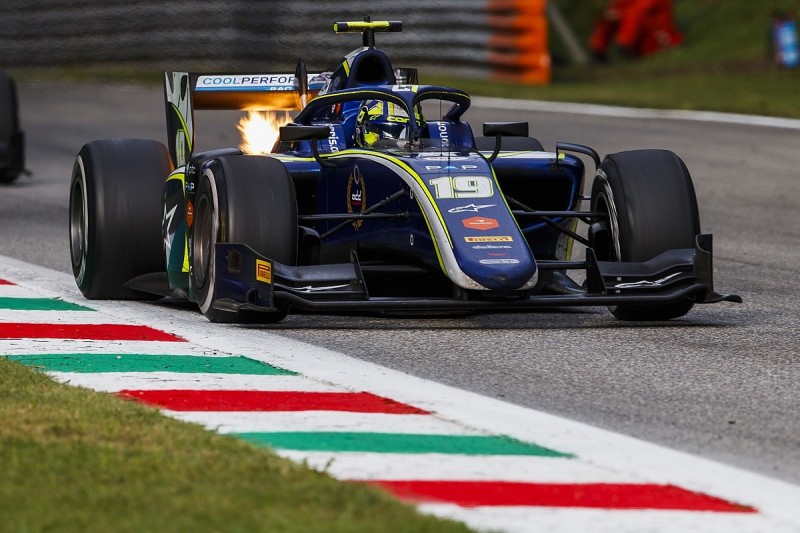 Norris took part in several Friday practice sessions for McLaren last season as he bid to earn a seat, which he felt at the time cost him some performance when he got back into his F2 car for qualifying.

While he does not believe it is easier to drive an F1 car, Norris admitted that F2 was a tougher physical challenge.

He finished in second F2 to current Williams driver George Russell after a single-season in the category with Carlin, who he had won the Formula 3 European Championship with the year before.

Before the previous grand prix in Britain, while discussing what F1 can do to make things more difficult for drivers, the 19-year-old said that for a while he found it difficult through the single-seater ranks because of his age and size.

"I did suffer a lot since karting, with my size and everything, not really having a clue what to do when I started karting," said Norris.

"So I suffered in every category: F4, F3, F2. Not so much F2 but I've had to kind of play catch-up quite a bit and in some ways, F1 was a bit nicer with power steering.

"F2's much harder physically on the arms and almost on the whole body than F1 is.

"So it can change, but I don't really mind."