As F1 embarks on the post-Bernie Ecclestone era, ex-team boss Ross Brawn, who new owners Liberty Media has appointed to look after sporting matters, is targeting a simpler sport with better racing.

The standardisation of parts has been discussed at length several times in previous years and Brown believes it would be a good way to reduce costs provided it was part of a wider plan that could include a cost cap.

"There are some that think we should standardise some parts," Brown told Autosport.

"Teams have shown they're very clever.

"I don't think you can control costs just by controlling what's on the cars.

"We'll just find other areas, the windtunnel being a great example: we pulled that back and now CFD budgets are through the roof, so I don't think you can manage it only by standardisation of parts. 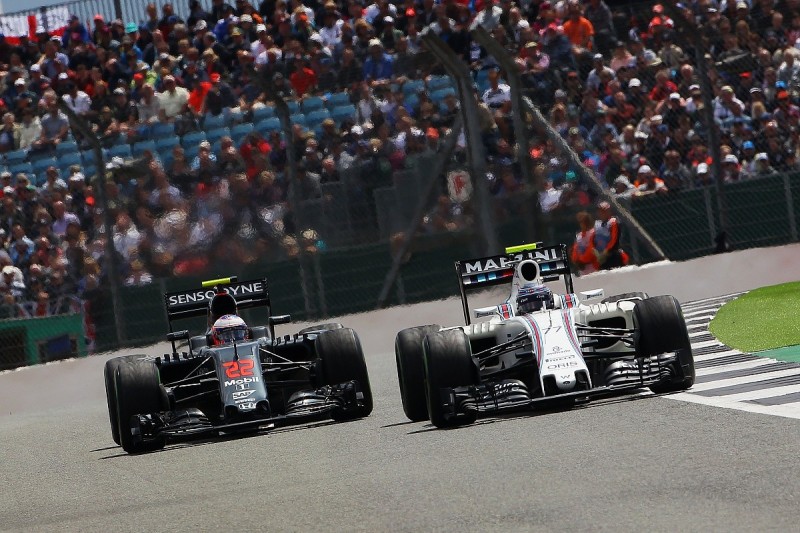 "So I think things can be standardised to reduce costs that don't improve the show and the fans don't recognise the difference.

"But I still think we need a budget cap, which most other sports have."

Brawn, who is working in a three-man team alongside new CEO Chase Carey and commercial chief Sean Bratches, has spoken about taking a long-term approach and moving away from reactive decisions F1 has recently been guilty of, such as the qualifying format tweaks early in 2016.

He says the technical challenge remains important to F1 but believes there is a better balance that can be struck.

"The DNA of F1 is always a fair element of technical challenge," Brawn told BBC Radio 4.

"But it's pretty excessive at the moment, so we've got to look at that and see how we pull that back, because the margin between the front and the back is dramatic.

"Undoubtedly we are going to have a whole list of objectives, and one of them is to enable small teams to stand on their own two feet.

"But on the costs to the teams, I think the commercial rights holder has a valid input into trying to ensure that those are pegged back."